Home|The European Union, a “Quiet Superpower” or a Relic of the Past

The European Union, a “Quiet Superpower” or a Relic of the Past

On March 25, the European Union celebrated the 50th anniversary of its founding Treaty of Rome. This momentous event and the Berlin Declaration drafted by the German presidency to mark the occasion and preset a “road map” for the Union, sparked discussion on the successes and failures of the integration community, its utility today, and its role in the future. The wrangling over the text of the Declaration highlighted current foreign policy disagreement between member-countries and the fresh memory of the 2005 “no” vote on the constitution in the referenda in France and the Netherlands. In the end, the Berlin Declaration avoided tackling controversial issues, and focused on the euro, the common market, social responsibility, human dignity, equal rights, peaceful resolution of global conflicts, fighting poverty, and climate change.

Europe’s intellectuals offered conflicting visions in explanation of this landmark stage for the Union which now houses 480 million people and extends from the Atlantic Ocean to the Black Sea, from the north-west Russian border to the south-west border of Turkey. Long-time advocates of the European idea, Joschka Fischer and Jacques Delors proclaimed that the E.U. is in stalemate and risks unraveling. According to the likes of Dominique de Villepin, the European Union is suffering a welcome “crisis of growth.” Others placed an emphasis upon the Union’s soft power appeal and saw Europe advancing in a positive direction with its values spreading across the globe—far more attractive than those of America. While crediting the E.U. for the reunification of the continent and its transformative influence upon ex-Communist regimes, other experts suggested that further enlargement might not be the only effective policy for stabilization and peace, and argued that the E.U.‘s Neighborhood Policy, falling short of full admission for some of the membership aspiring countries, could become an instrument for stimulating development and reform, much as the Marshall plan once was for western Europe.

The discussion on the future of the European Union has direct relevance to the study and practice of soft power and public diplomacy. Being the most successful advance in voluntary international cooperation in modern history , the European Union has made soft power by far the most prominent instrument in its foreign policy. The E.U.‘s power of attraction is based upon values of peaceful cooperation through dialogue manifested in 50 years of deepening integration; the common market of free movement of people, goods, services and capital; and the European social model of the modern welfare state, which accounts for the prosperity and social stability of the region today. As a result, the prospect for accession has stimulated wide ranging reform and ultimately an irreversible transition to democracy for many of Europe’s former Soviet Block countries, making enlargement the Union’s greatest public diplomacy achievement. For Bulgaria, the Czech Republic, Estonia, Hungary, Latvia, Lithuania, Poland, Romania, Slovakia, and Slovenia, the E.U. has become an impetus for change as they strive to align their political and economic practices and adopt its democratic values.

However, these tenets of the “European dream” have not translated into a shared European identity. The peace and prosperity of Europe today are largely taken for granted by the European people. In the eyes of the average citizen, the European Union has come to be associated at best with a cumbersome bureaucratic system setting the maximum curvature of bananas , and at worst with all negative forces of globalization threatening identity and independence. Ironically, this crisis of legitimacy is most pronounced in the countries which have most benefited from a united Europe. This ambiguity in European public opinion is reflected in recent polls according to which while criticizing Brussels for being unable to deliver, E.U. citizens simultaneously expect that Europe will not reduce itself to being a single market and a mere free trade area and progress toward greater integration and collective action on the world stage.

In addition, the lack of a uniform identity is coupled with an imbalance between the E.U.‘s soft and hard power which has had important implications for Europe’s foreign policy relations with the world’s main centers of power. While the European Union successfully asserted itself as a values-based community and a catalyst for peace and prosperity, its attempts to act in unison in its geo-strategic foreign policy were stifled. Thus, just before the E.U.‘s 50th birthday, Brussels managed to achieve consensus on a ground-breaking climate change deal to cut greenhouse gas emissions by up to 30 percent from 1990 levels by 2020, as well as to generate 20 percent of its energy from renewable sources. At the same time, it failed to reach common ground on issues such as Iraq or current U.S. plans to install missile interceptors in Poland and the Czech Republic, or a joint approach towards energy rich Russia.

The following is an aggregation of recent key articles and commentary about the 50th anniversary of the European Union. The links are divided into four sections: (1) articles looking at the integration community as a source of soft power, (2) articles on the disconnect between the E.U. ideals and institutions and the mass of European citizens explaining why the EU remains still an elitist project, (3) articles about the constitutional impasse and what is at stake for the E.U. in the future, and (4) public opinion polls.

Iskra Kirova investigated the role of public diplomacy in conflict resolution as CPD Research Fellow for 2009-2011.

Previously, Iskra has worked as a Research Associate at the USC Center on Public Diplomacy supporting the Center’s research and publications program and communications. She also has experience working for the European Commission on external relations with the European neighborhood, and as a Research Assistant at the NATO Parliamentary Assembly on non-proliferation issues and conflict resolution in Eastern Europe. As Analyst for EU Advocacy and Research at the International Crisis Group, Iskra currently provides EU policy research and advice and conducts and helps develop Crisis Group’s advocacy activities on conflict prevention and resolution in Brussels. 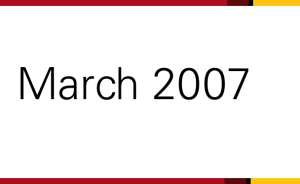