In the midst of the current global tumult, I decided to take an afternoon’s break and escort my young children to the local movie theater to watch the new animated feature film Rio. As the first brightly colored 3-D computer-generated images flashed up on the screen, I felt assured of at least ninety minutes’ respite from the so-called real world.

I was wrong. In less than five minutes I realized that Rio is Hollywood’s soft-power gift to Brazil, a love letter from its Brazilian director, Carlos Saldanha, to the city of his birth (the film’s last line of dialogue is “I love you, Rio!”). It is virtually guaranteed to spark new or intensified interest in Rio de Janeiro and Brazilian culture in children and adults alike. With a sigh I stopped simply watching the movie and began analyzing it. Having long been fascinated by the comparative politics of filmmaking, I simply could not help myself.

For those unfamiliar with the film, Rio, a Twentieth Century Fox release, is the animated story of a rare blue macaw, raised in Minnesota and brought to Rio de Janeiro in the midst of Carnaval to mate with his female opposite number and thereby save the species. The macaws are bird-napped by local smugglers looking to sell the rarae aves, and much merriment, excitement and Carioca singing ensues as the macaws seek their freedom.

*Excerpt published with the permission of The American Interest.

Taiwanese film projects to vie for funds in Paris

Singapore rolls out the red carpet

Neal M. Rosendorf, Ph.D., a Fellow at the USC Center on Public Diplomacy from 2008-2009, is currently an independent scholar in US and international history. For over a decade he has been teaching, writing, lecturing and consulting around the world on subjects related to public diplomacy, the cultural dimensions of international relations, and cultural globalization. He has held faculty appointments at Long Island University, the University of Queensland in Brisbane, Australia and Harvard University’s Kennedy School of Government. 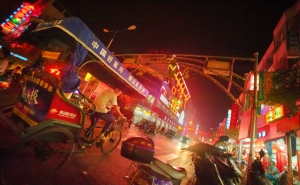