Home|Public Diplomacy and The Beijing Olympics: Narratives and Counter Narratives

Public Diplomacy and The Beijing Olympics: Narratives and Counter Narratives

The overall narrative for these Olympics seems somewhat ambivalent: “they were a rousing success, but…” But they could only take place in a totalitarian country where the government can direct resources at will towards any national project. But the protest zones were left empty and some of those wanting to protest were arrested after they filed their paperwork. But…But…But…

These codas marring an otherwise perfect Olympic performance may trouble a few perfection-seeking souls in the Chinese Communist Party (CCP) but the overall public diplomacy impact of China’s Olympics seems to have been positive.  International audiences did not learn much more beyond what they already knew about issues most sensitive to the CCP, particularly the Tibet situation: namely, that it is bad, and that China should “Free Tibet,” but quite why or how remained unclear through most of the international press’ reporting. However, these same audiences learned a lot more about the rest of China from a variety of trusted and familiar sources: local news anchors, bloggers, newspaper writers, and national news reporters. They saw snippets on unusual Chinese food and heard about amazing cultural sites.  They were bombarded with images of a clean and modern Beijing, and they saw a world-class event pulled off without a hitch.

This CPD Media Monitor followed the media coverage surrounding the 2008 Summer Olympic Games in Beijing, China from April to September 2008. The Monitor sought to highlight the narrative differences between the English-language Chinese press, particularly the government run news outlet Xinhua, and the international English-language press. By providing a comparison between the official Chinese Olympic narrative and the international media’s Olympic narrative, the Beijing Olympics Media Monitor provided a look at China’s effort at public diplomacy through the Olympics. Sometimes the local coverage and the international coverage converged, as it frequently did on stories about the spectacle of the Olympics and the rich culture of China, and at times the coverage diverged, particularly on issues related to human rights and media openness.

Each of these subjects saw narratives emerge in the international press that were both favorable to and highly critical of China. The official Chinese press, on the other hand, always sought to put the best spin possible on any given issue. Through the course of the coverage it seemed clear that the strict narrative of the Chinese government would not be the story told by the international press regardless of how much the government tried to control press access to locations, the internet, or even at times their equipment. Whether or not the Chinese government’s narrative was the one the world heard seems, ultimately, to have mattered very little because at the end of the 2008 Olympic season the world’s knowledge of China had grown exponentially.

For the entire month of August it seemed that every subject imaginable could be tied to the Olympic Games and to China. Energy issues, algae blooms, air pollution, Coca-Cola, Darfur, doping, and pandas all found their way into Olympic coverage and all helped to tell the story of an emerging world power with a lot of problems and a great deal of clout. More than ever before China was on everyone’s mind. The sheer volume and variety of coverage, from long form news pieces on television and radio, to commercials using Chinese images to sell products to Westerners, make it impossible to say one story or one image won the day. In the run up to the Games the people of the world were introduced to China as a complex country. They heard about its human rights abuses, and its modern cities; they read about its environmental problems, and its many different minorities; they saw images of extraordinary wealth and simple rural life.

Through the broad ranging media coverage of the 2008 Olympic Games, China became much more than pandas, ping-pong, and the Great Wall. It became a real place, with real problems and real people. The story that emerged in Chinese media of a modern, vibrant, growing, culturally rich nation was echoed by the international media. Western news sources, particularly American broadcaster NBC noted China’s modernity, its development over the past thirty years, and the rich cultural tapestry of an ancient land. However, while the international press rarely missed an opportunity to report on issues of restricted protest rights, limited media access, and anything having to do with Tibet, the official Chinese press unfailingly down-played these difficult issues, vilified the subjects of such articles, or simply ignored the stories.

Nevertheless, the positive cultural narrative assiduously fostered by official Chinese media helped soften the truthful but harsh critiques of its Olympic policies and practices and may have created a context to better understand China, its people, and its policies. It is this very notion of improving cultural understanding that successful public diplomacy is all about. If China managed to facilitate a greater appreciation of its complex identity during the Olympics that is independent of any particular domestic or foreign policy practice, then it has arguably laid the foundation for greater public acceptance of Chinese policies in the future.

Selection of media coverage appears below in categories.

As a Research Associate at the USC Center on Public Diplomacy Meg Young is working on projects related to China, the 2008 Olympics, and Asia broadly.

Meg is a member of the first graduating class in the Master of Public Diplomacy program at the University of Southern California. She also served as the first president of the Association of Public Diplomacy Scholars at USC. Her academic and professional interests include the role of diasporas in developing soft power, as well as a regional focus on China. 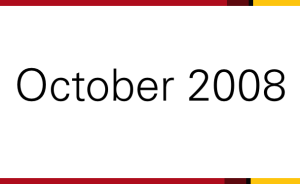