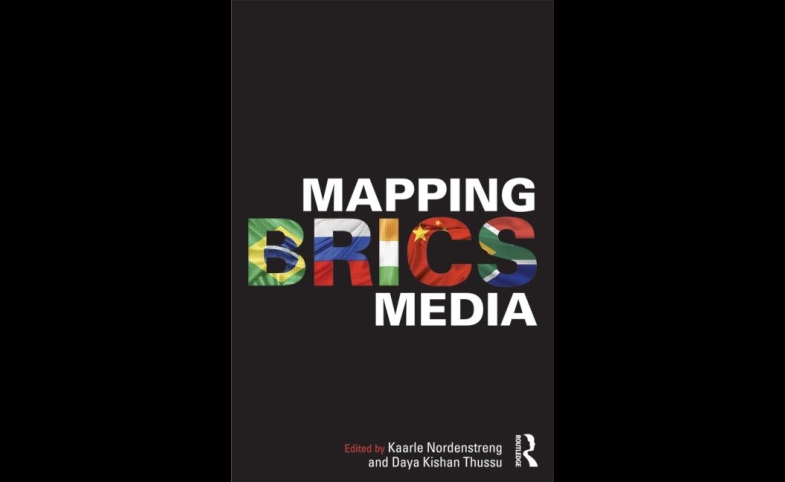 In their new book Mapping BRICS Media, professors Kaarle Nordenstreng and Daya Kishan Thussu bring together leading scholars—many from the BRICS nations (Brazil, Russia, India, China and South Africa)—to analyze the impact of BRICS media on global media and communications networks. The BRICS nations, which comprise some of the world’s largest populations and fastest growing economies, are experiencing unprecedented growth in their media landscapes, resulting in a global media shift from the west towards the rest. This comprehensive anthology seeks to understand and explore the shifts in global media by unpacking the media landscape and journalism practices within the individual BRICS nations, as well as analyzing emerging inter-BRICS media relationships. Mapping BRICS Media is divided into three sections and contains 12 chapters:

Part I: Debates and Concepts

Kaarle Nordenstreng is Professor Emeritus of Journalism and Mass Communication at the University of Tampere, Finland. He is author or editor of over 30 books in English, most recently Communication Theories in a Multicultural World (co-edited with Clifford Christians, 2014).

Daya Kishan Thussu is Professor of International Communication at the University of Westminster in London. He is author or editor of 16 books, including Communicating India’s Soft Power: Buddha to Bollywood (2013) and the April 2014 issue of CPD Perspectives: De-Americanizing Soft Power Discourse, and is the Managing Editor of the journal Global Media and Communication.

Felix Heiduk, a research scholar from the Asia Division at the German Institute for International and Security Affairs, has published a new article. His piece What Is In a Name? Germany’s Strategic Partnerships with...