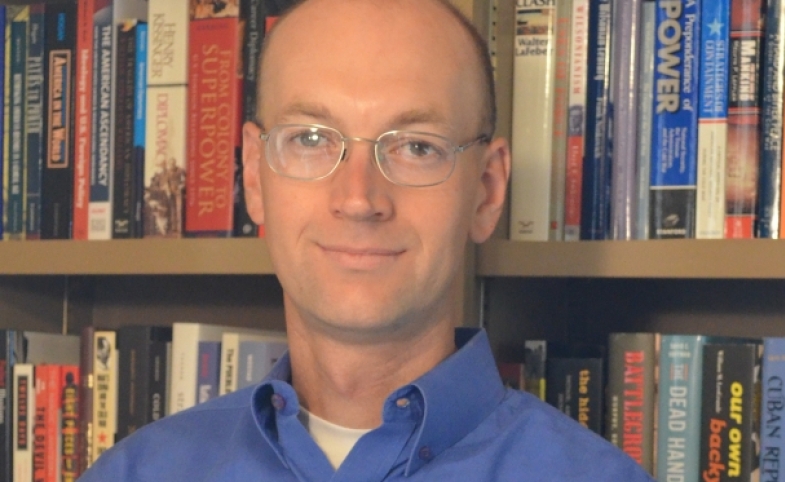 Gregory M. Tomlin was as an assistant professor of history at the United States Military Academy at West Point, where he earned the history department’s top teaching award in 2013. A career army officer, he recently began an assignment in the Directorate of Intelligence, the Joint Staff, at the Pentagon. He has served in Germany, Korea, Kosovo, and Iraq, as well as at the White House as a military social aide for the Obama administration. Greg is the coauthor of The Gods of Diyala: Transfer of Command in Iraq.

What has changed between the early 1960s, when Edward R. Murrow was director of the U.S. Information Agency, and today in terms of the relationship between journalism and public diplomacy?

Today’s myriad international journalism outlets – and the ease with which anyone in any country can access reporting by American journalists – makes it significantly more challenging for U.S. government PD programs to capture global attention. In 1963, 600 million people in 104 countries viewed U.S. Information Agency films each month, and VOA provided 2,000 hours of broadcasts a day in nearly forty languages.  Compare this to 2016, where foreigners wondering about U.S. policies are more likely to read a blog entry on their smart phone, which may or may not be credible, than they are to access VOA’s online stream to gain their news.

Why is Murrow’s Cold War: Public Diplomacy for the Kennedy Administration crucial reading for students of public diplomacy?

The fast-paced years of the Kennedy administration offer valuable case studies for understanding how PD can generate international support for the president’s management of a major foreign policy crisis. The U.S. Information Agency’s response to the rise of the Berlin Wall and the Cuban missile crisis are particularly insightful primers for contemporary students. Conversely, several chapters reveal why PD cannot succeed in improving international opinions of the United States when government policies are simply wrong. Murrow knew that his agency could not change the world’s opinion about American segregation until Kennedy addressed the needs of the civil rights movement, and Murrow grew increasingly disenchanted with the Defense Department usurping PD enterprises in South Vietnam.

What surprised you in researching this book?

After a quarter century career with CBS, Murrow left the network disillusioned with the declining quality of television journalism, and as director of the U.S. Information Agency he bemoaned the unwillingness of Congress to provide his agency with a budget worthy of its global mission. Fifty years later, Murrow’s criticisms remain equally salient when considering the pressures that network executives place on their news divisions and the indifference that PD leaders face when testifying on Capitol Hill. In 1961, the U.S. Information Agency’s annual operating budget equated to less than the cost of one Polaris submarine, just as contemporary defense spending continues to dwarf the combined budgets of the various PD nodes. To me this remains the strongest indicator that most national leaders remain skeptical about the value of PD in advancing U.S. policies.

The VOA is facing tremendous challenges, even threats to its existence, today. What lessons can those currently running the VOA take from Murrow’s tenure on Kennedy's PD team?

Internet news and social media makes it very tempting for VOA to cut corners and save money by producing one news program for global consumption, but that remains less impactful than tailoring programs for each region of the world. The research division of Murrow’s U.S. Information Agency outlined for VOA executives specific ways that their broadcasts could gain greater followership in each corner of the world. Analysts explained that in the early 1960s, listeners in Latin America preferred short news breaks interspersed between music segments, while listeners in Eastern Europe requested detailed monologues detailing specific American policies. Today’s VOA should certainly capitalize on inexpensive mediums for carrying its message abroad, but not by assuming that a single broadcast will find ubiquitous interest from listeners across the globe.

Philip Seib, professor at the USC Annenberg School for Communication and Journalism, has written a review of Gregory M. Tomlin’s book Murrow’s Cold War: Public Diplomacy for the Kennedy Administration. The book focuses on...