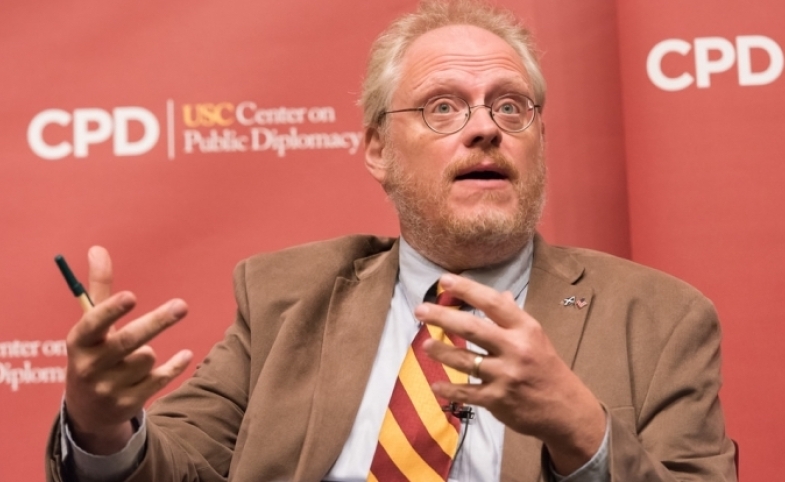 Nicholas J. Cull is Professor and Director of the Master of Public Diplomacy program at USC. He is also a co-editor, with Francisco Javier Rodriguez Jimenez and Lorenzo Delgado Gómez-Escalonilla, of "US Public Diplomacy and Democratization in Spain: Selling Democracy" (Palgrave Macmillan). Cull spoke with CPD about the writing and editing process.

Why is US Public Diplomacy and Democratization in Spain: Selling Democracy crucial reading for public diplomacy students right now?

Did you learn anything in researching this book that surprised you?

For me the big discovery reading the materials which my Spanish colleagues brought together was the complexity of the U.S. political role in Spanish life. There is no easy answer to even the simple question of whether the U.S. accelerated or held up the transition to democracy. Certainly there are some good examples of standard PD tools in operation and one of the most interesting chapters looks at the reverse process: how the Spanish government worked to connect to the U.S. via public diplomacy, written by Neil Rosendorf. That seems to me to be the bigger story: how Spain escaped pariah status and became a normal European county again.

Why was this project meaningful to you on a personal level?

On a personal level I loved working with by co editors -- Francisco and Lorenzo -- and bringing the Spanish case into focus for English readers.

What was the biggest challenge in editing this volume?

The hardest part of the project was probably convincing a publisher that this story needed to be told in English. I appreciate that Philip Seib was able to help bring it into the Global PD series he edits at Palgrave Macmillan. It is a terrific feeling to have the book finally here.

Selfie Diplomacy: An Analysis of MFA Profile Pictures on Twitter

As news of Brexit broke, foreign ministries throughout the world took to social media to comment on the UK’s decision to leave the EU. The German foreign ministry responded by changing its Twitter profile picture/cover photo...