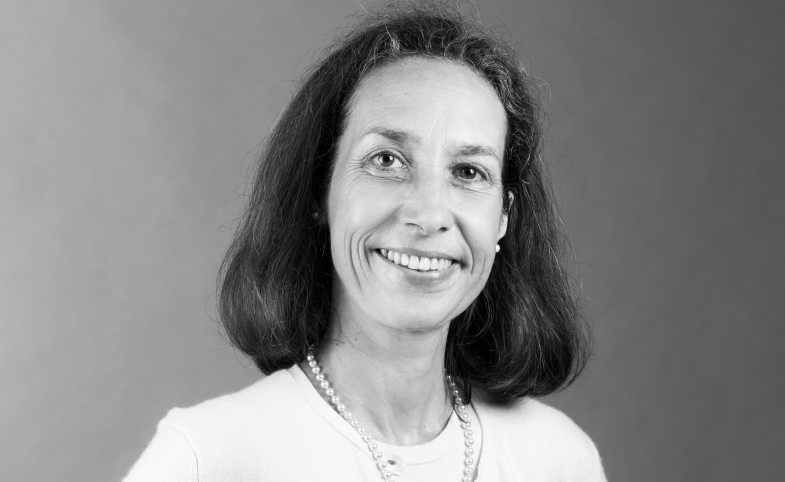 Ambassador Nicole Wyrsch, member of the Swiss diplomatic service since 1989, has held a variety of positions, mostly in developing and transition countries in Asia, Africa, Latin America and Europe. She is currently acting as Special Envoy for Human Rights, based at the Swiss Foreign Ministry in Berne. In this capacity, she is spearheading Swiss efforts towards worldwide death penalty abolition and leading Swiss bilateral human rights dialogues in Asia. Below is an excerpted interview conducted recently by the USC Center on Public Diplomacy.

How did the Swiss Foreign Ministry decide to use art and theater to engage a global discussion on the death penalty?

In countries where the death penalty is still applied, there generally is a lot of talk about public opinion. There is a common tendency to reduce the death penalty to a single simplified question, ignoring the subtle ramifications that are essential to understanding it. Only after carefully weighing the different risks and failures inherent to the death penalty can one knowingly develop an informed view on the subject. Depending on the person, different facts will be more compelling: central ones include that the death penalty has no stronger deterrent effect than similarly harsh penalties (such as life sentences), that the death penalty has demonstrably been used in a discriminatory fashion, further entrenching already existing societal biases, and last but not least, that judges and jurors are human, they make mistakes, and in this case, mistakes can lead to the execution of innocent people - a terrible occurrence that is inevitably bound to happen again and again for as long as the death penalty remains a sentencing option.

One ambition the Swiss have is thus to help awaken interest and draw attention to a topic that is hardly the first on everybody’s mind. Artistic means, such as film projections and art exhibitions, at times seem able to do a better job than experts’ briefs or academic literature. When people are provided with a stimulus that pushes them into giving serious thought to the death penalty, their opinion is often challenged, and sometimes changes. The volatility in people’s opinions on the death penalty appears to be an international phenomenon: research and experiments in other countries, e.g. Japan or Malaysia, have confirmed that only very few people have deeply entrenched views, and that even those may change when confronted with thought-provoking real-life information or emotionally strong experiences.

Beyond the death penalty, the Swiss Foreign Ministry (called Federal Department of Foreign Affairs/FDFA in Switzerland) is supporting other art projects for advocacy on further human rights issues, such as discrimination, corruption and violence.

"Switzerland’s best soft power asset may be its eagerness to engage positively in world affairs."

Do you believe that it is the role of public diplomats to promote policy discussion in the global arena, as you do with various human rights issues?

Diplomats’ main working tools are selective interactions with officials from other countries. Often, those take place in a closed-door, discreet or even confidential manner - especially when the topic to be discussed is of a sensitive nature. This is frequently the case with human rights issues, where convincing arguments as to why it is in the self-interest of countries themselves to respect and promote human rights - or citizens’ rights, as some prefer to say - is key. Dialogues on human rights are intellectually and philosophically challenging, as well as exciting and potentially enriching. With regard to the public at large in foreign countries, diplomats can at times also contribute to fostering constructive debates on societal issues, including human rights. Such debates are usually publicly promoted by other actors, such as national and international non-governmental organizations. If public diplomacy can help increase mutual understanding and generate facts-based debates, then surely, it is also a valuable tool for diplomats. Discussions between people from different horizons and opinions can produce shared ways of thinking or acting “out of the box”, something the world has a permanent need for, given the many challenges we face - be they human rights violations, climate change, eradication of extreme poverty or socio-economic disparities.

What do you think is Switzerland's strongest soft power asset?

Switzerland’s best soft power asset may be its eagerness to engage positively in world affairs. Coupled with the two facts that Switzerland is not tied to any politico-military alliance and that it has the means offered by its economic strength, this allows it to at times act as an impartial host to important conferences, to submit ideas and proposals, or even to take initiatives and mediate between opposing parties. Switzerland surely is not perfect, but it has a history of favoring freedom of speech combined with tolerance and inclusiveness. In the Swiss political system, where different parties share the executive, the ability to successfully find viable compromises among differing views is not only a top priority but a vital necessity. Finally, like everywhere else, it’s Switzerland’s people who make the country stand out: some Swiss have become very famous - Roger Federer, the tennis star, might currently be the best known Swiss person in the world – while others who also do great things, remain hardly known, even if their action enriches their country and sometimes the world. Switzerland has hardly any natural resources, so its people are its fortune, and that includes the many foreigners who have come and continue to come to Switzerland, thereby contributing to Swiss diversity and wealth - not only material, but also cultural and spiritual.

What challenges are facing Swiss public diplomacy at the moment?

Public diplomacy efforts undertaken by the Swiss Foreign Ministry generally aim at spreading information about Switzerland, forging understanding about the country, as well as highlighting its diversity and attractiveness. In the context of human rights promotion, one special challenge is to explain the values that stand behind Switzerland’s activities, including support for universal death penalty abolition. That’s also why I believe centers such as CPD do an important job in advising countries on how to improve their public diplomacy. Switzerland has no tradition of bolstering its achievements; to this day, many Swiss believe that what's best is to make sure Switzerland behaves with quiet honesty and integrity, ensuring prosperity and peace on the inside and, where possible, also contributing to doing so on the outside.

What advice do you have for students of public diplomacy interested in advocating for human rights?

Act and be authentic - the world is in need of creative students who have strong convictions and are able to develop more forceful ways of communicating and advocating for human rights. Visiting the “Windows on Death Row” exhibition at USC until end of 2015 or online at http://windowsondeathrow.com, might be a good way to start thinking of other innovative ways to communicate about topics that should be of interest to all, but hardly are.

MPD in Indonesia: The Power of Non-State Actors in an Emerging Nation

Note from the CPD Blog Manager: The CPD Blog is featuring a series of dispatches from the USC Master of Public Diplomacy research trip to Indonesia. Learn about the trip here. Human rights NGOs, as non-state...