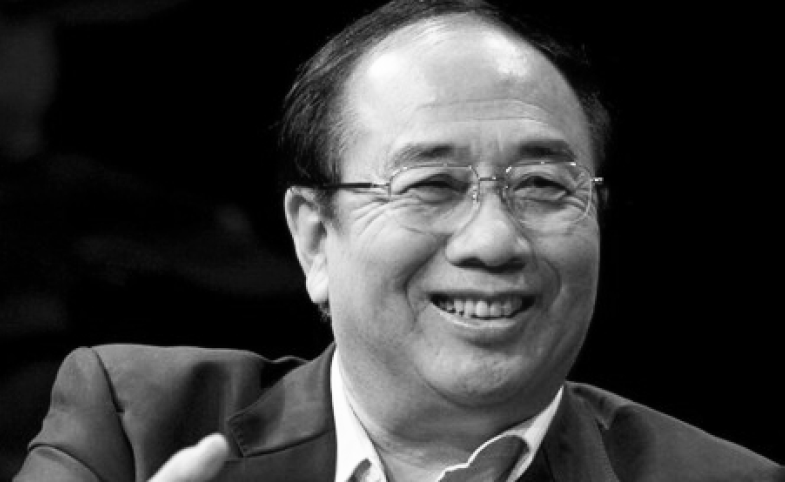 Recently, CPD posed a number of questions to Zhao Qizheng, Dean of the School of Journalism at China’s Renmin University. Below is an edited excerpt of our interview about his views on public diplomacy in China, the country's impressions of the United States and his personal experiences as Minister of the State Council Information Office and Vice Mayor of Shanghai.

You have written extensively about public diplomacy in China. What are some misperceptions about China that you've seen dispelled over the years, and which have you seen continue?

It's been almost 10 years since I first spoke publicly on the necessity of public diplomacy for China. In China, public diplomacy associations have been established in many cities, with local elites, entrepreneurs, academics, social activists, and even artists’ active participation. They all have the external exchange experience, and are also willing to strengthen communication with foreign countries and tell Chinese stories.

I think it is a slow process to dispel misperceptions of China. The country has only just started to engage in public diplomacy in the past few years, so there have been no significant effects yet. However, some misperceptions or prejudices are already weakening. The evidence lies in the news and reviews in mainstream Western media.

In recent years, the misperception that "China controls the exchange rate" has diminished. The Chinese currency has appreciated by about 30% in the past ten years. Another example is that criticism of China's human rights issues is less and less common, except for U.S. country reports on human rights practices. I have to say that China has really done a lot to improve its human rights... but it still needs time. The misperceptions mentioned here include two aspects, namely the real misperceptions and the shortcomings. Meanwhile, the “China threat theory,” regarding territorial disputes between China and neighboring countries, has grown.

How would you describe the public perception of the United States in China? How does it vary between major cities, such as Shanghai and Beijing, to more rural provinces?

Most Chinese people think that the U.S. is a strong and developed country, and some view the U.S. as a hegemonic country. So the Chinese both respect and fear the U.S., since this power imbalance could bring adverse effects to China.

With regards to the difference between big cities and small and medium-sized ones, I think people in big cities have a broader international vision and more contact with Americans, and American universities and companies. They also see the gap between the U.S. and China more clearly. Generally speaking, people in small cities just think that the U.S. economy is well-developed, Americans are rich, the basketball teams play well, and Hollywood movies are great. When it comes to learning from the United States, people in big cities have a stronger desire to do so. More and more students from big cities study in the United States, some of whom go there to graduate from American high schools.

In Chinese peoples’ minds, Americans are enthusiastic and forthright, easy to make friends with, and have a sense of humor that is similar to their own. Consequently, Chinese people still have great expectations for the development of future bilateral relations. If the American government can be more objective regarding China, improved Sino-U.S. relations will develop easily.

As Vice Mayor of Shanghai responsible for developing Pudong, one of China’s most important development zones, you engaged in high-level public diplomacy. Can you share an example of a particularly rewarding exchange you had during this time?

I was the first leader of Pudong and hosted many foreign leaders, top executives of multinational companies, and reporters from international media during that time.

After he retired from politics, Henry Kissinger was a consultant on China for several American multinational companies. We met two or three times every year and had many in-depth conversations. He observed China's economic development through Shanghai and made a very interesting observation: that while there were several skyscrapers and high-tech factories built in cooperation with foreign countries in Pudong, this was not the most important achievement. The most important achievement rather, was the public relations success which established trust with foreign investors that was precious and worth consolidating. I said that no matter whom we were receiving, whether it was a foreign president, a representative of a multinational corporation, or a member of the international media, we only talked about Pudong. We were willing to adjust our policies if they were inconsistent with foreign policies; if it was hard to modify a given policy, we would prepare a contract with more details. Foreign countries really appreciated that.

General Motors decided to invest in Shanghai. At that time, Volkswagen had already established a presence in Shanghai, so the Chinese government asked GM or Ford to invest in another city. But in Shanghai, we welcomed them. Shanghai had already built car production and supply systems, so the presence of foreign vehicle companies would not only reduce the cost, but would also mean that they would purchase locally-made parts. Finally, through the joint efforts of both sides, GM began to produce Buicks in Shanghai. It is worth mentioning that after the debt crisis, other GM factories all over the world were in trouble—only the one in Pudong still had a surplus. This was the most proud achievement for GM and for me.

I'm very glad to have had the opportunity to present China to the world through Pudong. I wrote a book called Shanghai Pudong Miracle: A Case Study of China's Fast-track Economics, which analyzed why and how China realized such rapid economic development.

What do you consider China's greatest exports that define the nation’s global image, and why?

There are two important ways to communicate China's external image. The first one is the Chinese President’s image among foreign leaders and publics, including his public speeches. What he says must honestly reflect his actions. The President is best-suited to express Chinese policy, because he can develop friendships between leaders. One successful example took place in June 2013, when Chinese President Xi Jinping and American President Barack Obama met at a private estate in Sunnylands, California.

This past March, First Lady Michelle Obama visited China and conducted what Americans call “citizen diplomacy.” Citizen diplomacy is the second way China can project its image internationally. When Chinese First Lady Peng Liyuan went to the U.S., she also conducted citizen diplomacy, meeting Americans from all walks of life. What the two First Ladies have done can be a very effective type of diplomacy, by expressing what governments cannot say, or cannot say directly. I think they are both good channels of communication between China and the United States.

China's most important export is Chinese people themselves. In the past, very few Chinese were able to study abroad, which has changed in recent years. Now there is a large number of students and tourists going to other countries. I have to admit that the cultural literacy of Chinese people is not the same. When they go abroad, Chinese tourists do not behave well, so sometimes they are unwelcome in other countries.

I think Chinese people should express their traditional image, or “he” [和]. In English, there are some words with similar meanings, like peace (he ping), harmony (he xie), kindness (he qi) and so on, but no one monosyllabic English word exactly corresponds to the spirit of the Chinese "he."

What advice would you give to students interested in going into your field?

There are more than 200 countries, 2,000 ethnicities, and 6,000 languages in this world, so we must live harmoniously, and this depends on better communication.

The Cold War has been over for years, but the Cold War mentality still exists and it will take more time to overcome completely. Remember that this is no longer the age of World War I or World War II, but an age with increasing understanding of peaceful development; this is not an era of conflict but of dialogue and problem-solving. Therefore, people who study and practice public diplomacy must be able to engage in cross-cultural dialogue with confidence, and have a sense of national and global responsibility.

PD is a noble career and I hope students will become both researchers and practitioners, because PD needs academic support. The discovery of knowledge and new approaches in PD can only be carried out by the joint efforts of Chinese and foreign youths, because one cannot study another culture from afar.

Mr. Zhao is currently Dean of the School of Journalism of Renmin University of China and Binhai Development Institute of Nankai University. His past positions include Vice Mayor of Shanghai, Minister of the State Council Information Office of China, and Chairman of the Foreign Affairs Committee of the 11th Chinese People’s Political Consultative Conference.