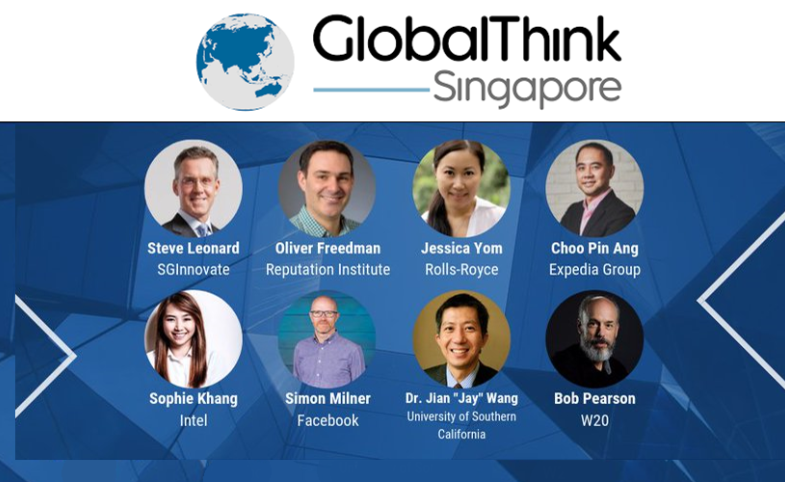 Key takeaways from the ideas exchange session include the need for global mindsets, evolving expectations and more highlighted in a recap letter authored by Bob Pearson, author and W2O Strategic Advisor.

The following is an excerpt from Pearson's letter, originally published here on LinkedIn:

It was a fitting scenario to discuss what matters in our world at the Lee Kuan Yew School of Public Policy at the National University of Singapore this past Friday, as part of GlobalThink Singapore.

Lee Kuan Yew, often referred to as LKY, was the first and longest serving prime minister of Singapore.  His unique ability to transform Singapore from a British Colony into a high-income economy remains a model to this day.

It's his mix of entrepreneurism, public policy instincts and a knowledge of the global economy that are reflected both at this school and with the 20 leaders who spoke at GlobalThink Singapore.

Our discussions were robust.  The audience was open-minded. We walked away with a better understanding of the importance of how we can improve that tantalizing mix of public policy, corporate governance, societal need and our own imperative to evolve our views and techniques.

Here is what resonated for me.

We are all lifelong learners (or should be)

Roger Hayes discussed what Tom Friedman said earlier that same day at LKY, which was “when the pace of change gets this fast, the only way to retain a lifelong working capacity is to engage in lifelong learning”.

Haruhiko Hirate talked about his career and how living in different parts of the world has been powerful in how he manages globally.  This is especially compelling when we look at Takeda’s executive team and see that it is a team reflecting the world Takeda serves vs. having all or most of its leaders from the same country.

Our expectations of companies are evolving (with a twist)

There is a growing expectation that companies need to increase their awareness and actions related to how they impact stakeholders.  The twist here is we don’t want to punish companies for success. Rather, if capitalism succeeds, the rising tide can lead more boats to rise if we focus on better public/private partnerships.

It is too easy, even lazy, to demonize companies for their actions.  Think of social media as a prime example. Rather than expect social media companies to have all of the answers, a spirit of partnership between companies and government can find better solutions.  However, a spirit of trying to “catch a company” or to chastise a company or overtax a company is not likely to ever work. We need solutions, not just venting or short-term posturing.

Digital media is changing communications techniques, which changes how policy is conducted

Ideas can become global instantly.  Thoughts are shaped via social media and often hardened over time.  Governments are actively using social media as a bully pulpit. This changes or should change how public policy is crafted and communicated, if we want to shape behavior of our audience.  What worked yesterday won’t be as successful tomorrow.

What are the “next generation” skills for diplomats

Related to the last point, we must teach our current and future diplomats how to use digital media with as much ease as they engage with a Think Tank or discuss ideas in a conference room. Keep reading on LinkedIn.

Public diplomacy is an essential part of international relations given the interconnected world we live in. Non-state actors such as individual citizens, businesses, academia and civil society—recognizing their growing...