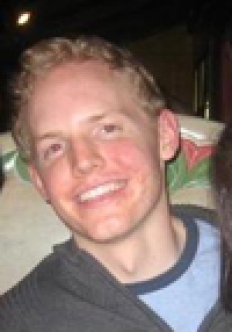 Peter Winter is currently pursuing a double major in International Relations and East Asian Languages & Culture at the University of Southern California, planning to graduate in Spring 2008. As an intern at the USC Center on Public Diplomacy, Peter manages the weekly newsletter and contributes daily research to the Center’s Wiki. He also contributes to the Center’s Special Reports.

As a student, Peter’s primary interests are East Asian political & security studies, particularly China and Taiwan. A strong interest in languages, he studied Mandarin during his junior year in China at Peking University. This past summer, he worked as a foreign correspondent for the San Gabriel Valley Newsgroup, reporting on Asia's political and social development. At USC, he has been involved in original research with professor Patrick James studying ‘Near Crises’ in international relations.

Peter is originally from Taos, New Mexico and came to USC in the fall of 2005, transferring from the school’s arch-rival, the University of Notre Dame. He is a member of the Sigma Phi Epsilon national fraternity and a devoted Seattle Mariners fan. Following graduation, Peter hopes to pursue a career with the US Government, possibly serving at an overseas diplomatic post.