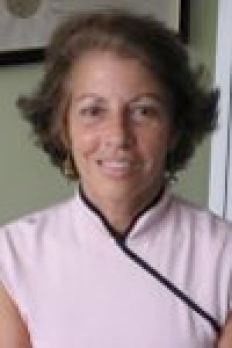 Jill A. Schuker is the current Head of the Washington Center for the Organization for Economic Cooperation and Development.

Ms Schuker, a United States national, brings to the OECD over 30 years of expertise in public diplomacy and communication strategy. She has worked across the globe with both governments and societies in transition on a range of civil society, social responsibility, governance, modernization, reform, policy, media, evaluation and leadership issues. She has also advised and liaised with highest-level officials in the public and private sectors, multi-lateral institutions, policy think-tanks and NGOs as a strategic and tactical counselor. Ms Schuker served in several positions at the White House: as Special Assistant to President Clinton for National Security Affairs, as well as Senior Director for Public Affairs at the National Security Council and Deputy Communications Director.

She has also served in senior positions at the Department of State, the U.S. mission to the U.N., the Commerce Department and on Capitol Hill. She is a member of the Council on Foreign Relations and a Board Member of the Atlantic Council of the United States.

Ms Schuker has served as an Adjunct Associate Professor at the Fletcher School of Law and Diplomacy at Tufts University, Fellow at the University of Southern California Center for Public Diplomacy, and Shapiro Fellow/Adjunct Professor at George Washington University.

Ms Schuker holds a MA in Political Science from Tufts University and a BA in Government from Skidmore College, New York.