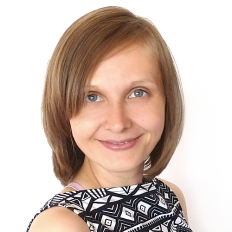 Dr. Grincheva is a Postdoctoral Research Fellow at the Research Unit in Public Cultures and a Research Resident at the Digital Studio at the University of Melbourne. As a holder of several prestigious international academic awards, including Fulbright (2007-2009), Quebec Fund (2011–2013), Australian Endeavour (2012–2013) and SOROS (2013-2014), she has traveled around the world to conduct research on digital diplomacy. Her research on “diplomatic” uses of new media by the largest museums in North America, Europe and the Asia-Pacific has appeared in prominent international academic journals, including the Global Media and Communication, Hague Journal of Diplomacy, Journal of Creative Communications, Curator, The Museum Journal and others.

Her most recent research-creation project, “Creating a Dynamic Web Application Museum ‘Soft Power’ Map,” has received multiple awards, including the 2018 Award of the International Alliance of Digital Humanities Organizations and the 2017 Museum Computer Network Scholar Award. Developed in collaboration with the Australian Center of the Moving Image (ACMI), the project has successfully trailed the demo version of the new computation research tool to explore contemporary museums and the geography of their influence.