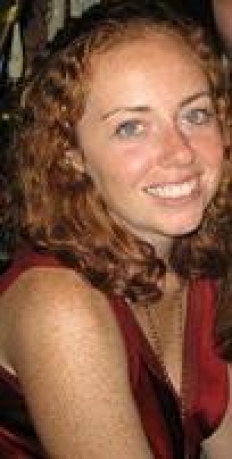 Carrie Walters' interests include U.S. public diplomacy efforts, sports diplomacy, and the influence of media on foreign policy, with a focus on the Asia Pacific and Latin American regions. As part of her studies, she spent this past summer interning with Under Secretary Hughes’ Office of Policy, Planning, and Resources at the U.S. Department of State.

Prior to USC, Carrie served as Program Coordinator for the Washington, D.C. office of Transparency International, where she assisted the Managing Director with communications, outreach, and events. She also worked for a year as a Japanese high school English teacher through the Japan Exchange and Teaching (JET) Program. While there, she also served as an editorial board member of the Shizuoka Chronicle and a guest speaker for the Nagaizumi International Exchange Association.

Carrie graduated from USC with an MPD, the University of Notre Dame in 2003 with a B.A. in Political Science and a concentration in Philosophy, Politics, and Economics. She studied abroad in the UK, where she completed a research assistantship with Member of Parliament Ian Cawsey at the House of Commons in London. She is a recipient of the Thomas R. Pickering Graduate Foreign Affairs Fellowship, and will be entering the Foreign Service in September 2008.