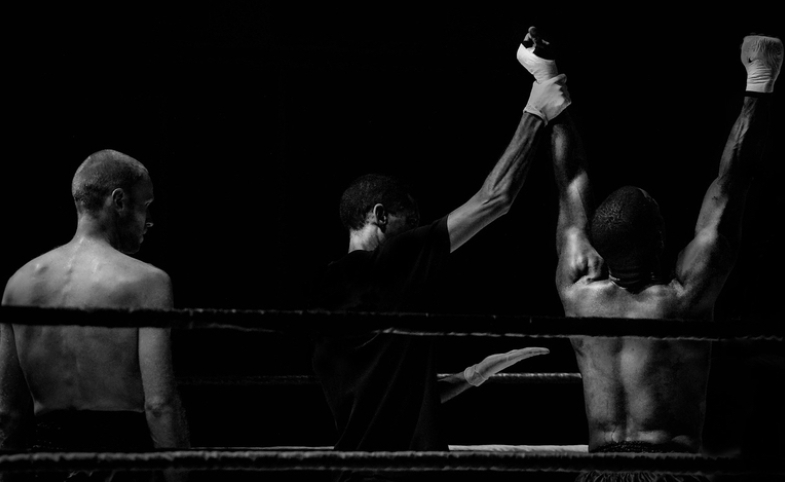 Some of the greatest moments in sports are comeback narratives. Baseball fans still taunt each other about the Red Sox's 2004 AL Championship victory over the Yankees after a dismal start of losing three games to none. Others reminisce about the 1980 Olympics "Miracle on Ice" hockey match in which a young American team triumphed over the heavily favored Soviet Union, going on to win the gold medal. And just this past weekend, the ethnically divided Iraqi national soccer team knocked off three-time champion Saudi Arabia to win the Asian Cup, prompting the Associated Press to label the players a "beacon of hope for a nation divided by war."

Now U.S. sports diplomacy is enjoying a comeback of its own. With strong support from Under Secretary Karen Hughes, the Department of State's budget for sports grants and sports programming has climbed from a lowly $600,000 to roughly $5 million in just five years. Why such an increase? In the wake of September 11, sports were suddenly viewed as a great way for the United States to engage with non-elite Muslim youth, prompting them to be used to reach 7 to 17 year olds across Africa, the Middle East, and South Asia—a demographic that has remained relatively untouched by U.S. education and exchange programs until now.

Those who contribute to State's athletic initiatives attribute their success to the universal nature of sport. Only certain cultures or segments of society show strong interest in speaking English, traveling to the United States, attending a classical music event, or participating in a discussion on human rights. "On the other hand" they note, "virtually all cultures and all citizens have an interest in and appreciation for sport. This makes it one of the best methods for exchange"—especially for diplomats operating in an age when the opinions of foreign publics are so crucial for success.

Interestingly, the United States is one of only a few countries that does not have an official Minister of Sport—but this is also what makes our sports industry such a great resource. We do not publicly fund or run our National Olympic Committee; our professional sports leagues do not report to the government; and we do not provide money for the training of U.S. athletes. In other words, sports in the United States are formed from the bottom up and thus represent a microcosm of our country as a whole, both good and bad. Despite the recent string of scandals which have plagued U.S. professional sports leagues, our athletes still embody the American spirit of determination and hard work, and they show that there are opportunities to achieve success in our country no matter where one comes from or what one's ethnic background or gender might be. Their careers also suggest that the freedom to identify one's own path in life has very real rewards: not only is our sports industry thriving, but our athletes are considered some of the best in the world. For these reasons, sports diplomacy helps the United States display to foreign citizens what democracy and freedom allows society to achieve.

The real benefits of these encounters often have little to do with who wins or loses, and much more to do with celebrating our shared experiences.

In response to criticism that sports run counter to diplomacy because of their competitive, nationalistic nature, State Department officials emphasize the larger picture. Admittedly, the way the media portrays international sporting events is one story: networks and newspapers dramatize them by focusing on global rivalries and using war-like commentary in order to attract viewers. Yet the real benefits of these encounters often have little to do with who wins or loses, and much more to do with celebrating our shared experiences. "Sports diplomacy is not really about competition at all," one of State's public diplomacy experts observes. "It is about respect for diversity, leadership, teamwork, and dialogue."

Indeed, it is often what happens before and after the competition, rather than during the competition, that truly matters for diplomacy. Although those of us watching the Olympics on television might only see the game itself, athletes are also shaking hands in the locker room and sharing meals together in the Olympic Village. In fact, it is this kind of interaction that prepared Olympic figure skater Michelle Kwan for her current appointment as an American Public Diplomacy Envoy. The State Department's recent Youth Enrichment Programs have encouraged similar camaraderie, with Turkish participants approaching their U.S. counterparts after the game to talk about life in America. In providing opportunities like these, sports diplomacy is diplomacy at its best.

Most importantly, sports are a fantastic way to engage foreign citizens in places where most other means of communication have been cut off. State's Bureau of Educational and Cultural Affairs (ECA) has not only conducted a series of sports initiatives with athletes in Iraq, but they have also developed a successful U.S.-Iran wrestling program as part of President Bush's call for people-to-people exchanges with Iran. "This is where sports diplomacy will likely find its niche," one ECA official claims. "Sports are considered a 'soft entry' for reaching the most isolated and underserved segments of society, especially youth."

At a recent luncheon with the Women's National Basketball Association, Secretary Rice remarked, "Sports and athletes have an ability to bring people together across the divisions of religion, and race, and region. Through sports, we are sending messages across the globe of international understanding, cultural tolerance and mutual respect." If the past five years serve as any indication, sports will play an even bigger and more crucial role in the future of U.S. public diplomacy. Perhaps the comeback is only beginning.

Synchronizing Information: the Importance of New Media in Conflict

The effectiveness of information campaigns today will more often dictate a victory than how well bullets and bombs are put on a target. Putting information on target is more important when dealing with an asymmetric...