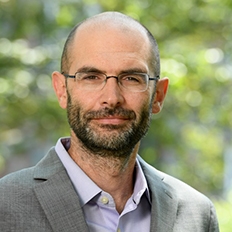 Ruben Zaiotti (PhD Toronto, Mst Oxford, BA Bologna) is an associate professor in the Political Science department at Dalhousie University in Halifax, Nova Scotia (Canada). He is also the Jean Monnet Chair in Public Diplomacy and the Director of the Jean Monnet European Union Centre of Excellence (JMEUCE). In 2017 he was a Fulbright Canada Research Chair in Public Diplomacy at the USC Center on Public Diplomacy. His main areas of interest are European Politics, international security, border control, immigration policy, public diplomacy and social media.

He is the author of books on the digital diplomacy of international organizations,  migration policy, border control in Europe, language and politics. He has published articles for Review of International Studies, European Security, Journal of European Integration, Journal of Borderland Studies, International Journal of Refugee Law, Cultures & Conflicts.

You can find his musings about Europe and borders on the blog ‘Schengenalia’ and follow him on Twitter @schengenizer and @JMChairDal. He is also the curator of Schengen Border Art, an online repository of creative performances about European borders.