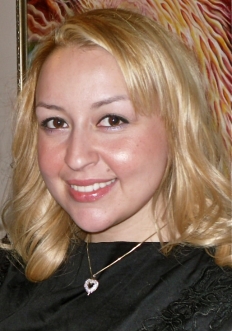 Working with the United Nations and exploring various parts of the Middle East and Africa, Hend was inspired by ordinary people doing extraordinary things. In 2011, she co-founded Humanitarian Tracker, a global non-profit forum that connects and empowers citizens using innovations in technology to support humanitarian causes. Humanitarian Tracker's flagship project, Syria Tracker, is the longest standing crowdsourcing effort and one of the most trusted sources of information on Syria since the conflict broke out in March, 2011.

Hend earned her Master of Public Diplomacy from the Annenberg School for Communication and Journalism at the University of Southern California, and a Bachelor of Arts in International Development from the University of California Los Angeles, with a focus in Middle East and North African studies. Her interests include exploring the role of women in public diplomacy, issues affecting the Middle East, NGOs, and the roles of technology and innovation in development and social good.