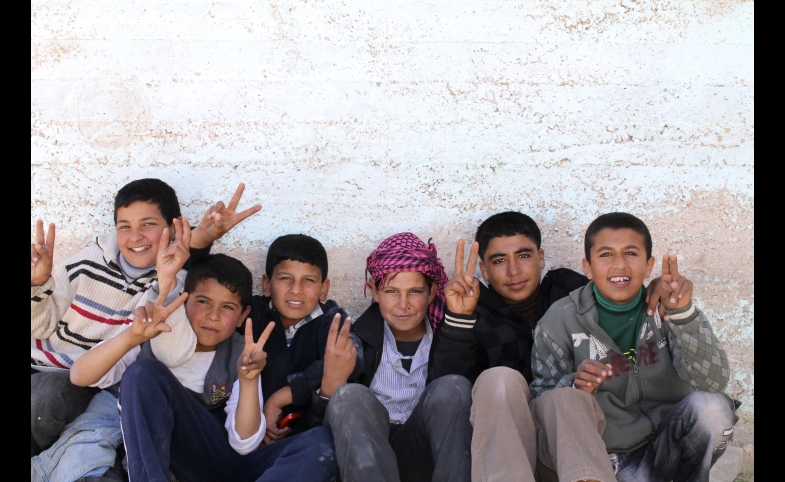 A day highlighting the world’s commitment to support people affected by crisis.

It is also the day we recognize individuals who have made outstanding humanitarian contributions. Over the past five years, thousands of ordinary citizens in Syria have risked their lives to save others and tell the world what is happening on the ground in their country.

In March of 2011, conflict broke out in Syria, a country rich with history, diversity and culture.

With little local coverage and virtually no international media allowed inside the country, there was almost no reliable information about what was happening on the ground.

A few weeks later, a group of concerned citizens created Syria Tracker, a crowdsourced platform that allows Syrians to share what is happening to and around them. As the first few days passed, no reports were submitted. Then a few trickled in. Five years later, hundreds of thousands of eyewitness and other reports have been submitted. People can submit reports, videos, and pictures through Syria Tracker’s website, Twitter, or e-mail. There are now five years of reports covering everything from human rights violations (such as incidents of killing, torture, massacres, or rape), to disease outbreaks, relief needs, and human trafficking. Syria Tracker has also provided a platform for citizen journalists. In fact, people on the ground are so eager to get their stories out that Syria Tracker received reports during repeated Internet blackouts.

Syria Tracker, a project of Humanitarian Tracker, provides a continually updated list of eyewitness reports from within Syria (often accompanied by media links), aggregate reports including analysis and visualizations of deaths and atrocities in Syria, and a stream of content-filtered media from news, social media (Twitter and Facebook), and official sources.

When a report is received, it is corroborated with other organizations, news sources, social media, and partners on the ground. Only 6% of the reports received are published in order to avoid duplication, inflation of the numbers, or publishing reports that the team was not able to verify. To date, Syria Tracker’s platform, employing techniques such as data mining and machine learning, has allowed volunteers to sift through more than 650,000 news articles and over 300 million tweets.

The data has been used by U.N. agencies, USAID, human rights and relief agencies, and the mainstream media, among others, to highlight the human toll of the continuing conflict, identify civilians’ critical needs on the ground, address human rights violations, and learn what is happening within and around Syria’s borders.

Additionally, partnering with organizations such as the SumAll Foundation, the team has analyzed Syria Tracker’s data to identify patterns and trends, such as the steady rise in the proportion of female deaths inside Syria over the course of the conflict from less than 1% in April, 2011 to over 18% today, which suggests the targeted killing of women. 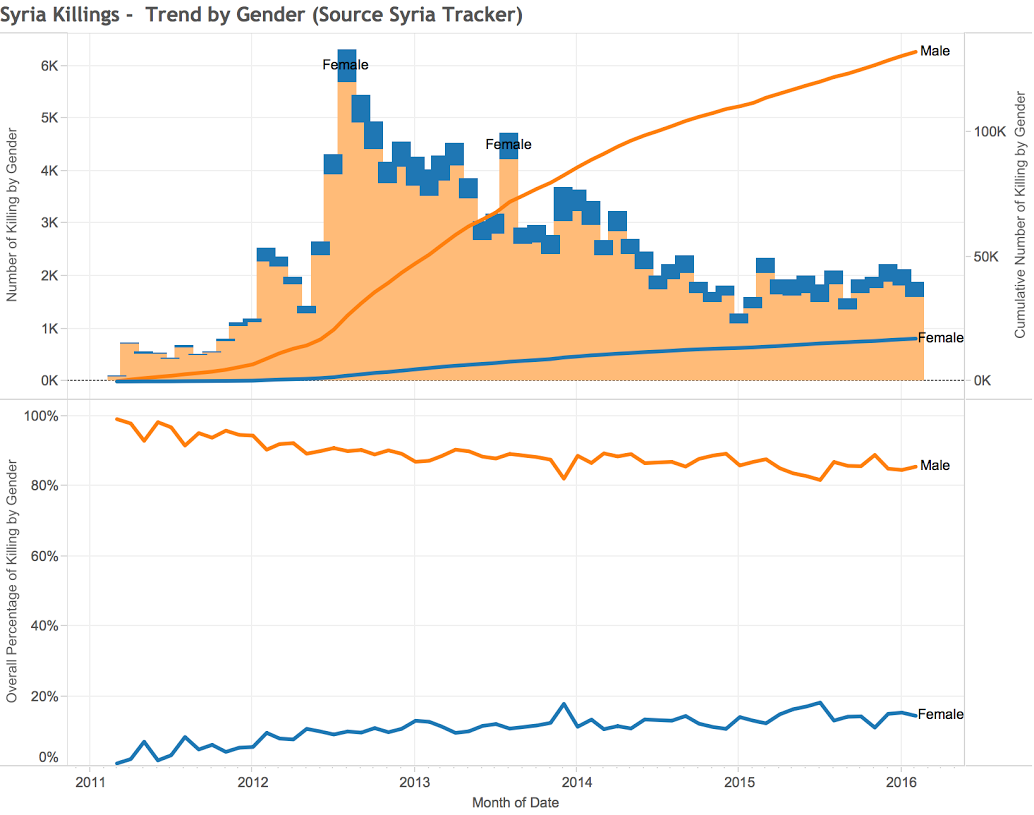 Graph, above: The proportion of female deaths in Syria has increased from less than 1% in April 2011 to over 13% today. Sniper fire is used systematically across Syria in an indiscriminate fashion towards men or women (including children.) Analysis done by Syria Tracker and the SumAll Foundation

Today, on World Humanitarian Day, I want to recognize these ordinary citizens. Equipped with a cell phone, internet access, and a fierce determination to not be silenced, these men and women have achieved something incredible: they have made crowdsourced data an official source. This is the “Mosaic Data” effect, in which every single piece of data received tells us something about the bigger picture. Combining citizen and digital diplomacy for humanitarian tracking and response is not just important; it is necessary and critical to this continuing story of the Syria conflict.

Putin’s Public Diplomacy Over Syria in the NYT

Putin is known for the love of strong language and a questionable, if not inappropriate, sense of humor. This has not changed over his nearly 15 years in power. Russia’s head of state ascended to the presidency in 1999-2000...