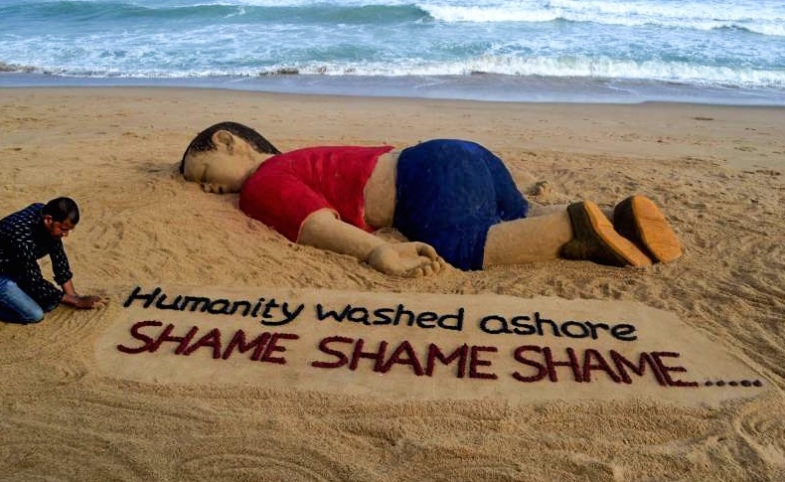 Over the last few weeks, media all over the world have put the spotlight on the photograph of a three-year-old Syrian boy’s body at a Turkish beach. The boy’s name is Aylan Kurdi. His family was trying to reach Greece through the Mediterranean Sea by boat, which capsized, and little Aylan drowned.

It is a powerful picture with a powerful message: people are dying because of the Syrian conflicts, even children. The world is shocked by it. On Twitter, there are at least 170,000 tweets mentioning Aylan’s name, among others commenting on the larger refugee crisis. Some governments, especially some European states, immediately reacted to the outcry either by expressing warm welcomes to refugees or issuing new immigration policies.

From the public diplomacy perspective, I think the message of this story is that public opinion can pressure governments into action.

Successful public diplomacy depends on many factors, and these factors all rest on one premise: the power of the people.

However, when we look at definitions of public diplomacy, the logic is this: We influence a foreign country’s public, which may ultimately change its government’s policy towards us. If you use soft power in this equation, the logic may still be the same, because Nye defined soft power as “the ability to affect others to obtain the outcomes one wants through attraction rather than coercion or payment.” The ultimate goal of soft power is still influencing other governments and their policies.

In other words, public diplomacy scholarship rests on the premise that people can impact their governments. Therefore, if we influence the foreign population, then their governments will eventually be affected too.

We know it works, but we know little about in what ways and to what extent it works. Until the photo of Aylan Kurdi appeared.

After many media outlets had picked up the photo on September 3, global discussion about the refugee crisis exploded. Tweets and blogs flooded cyberspace, not only paying condolences to Aylan, but also calling for better solutions to stop human casualities. Germany has been in the spotlight of the refugee crisis because it is the destination of most refugees and asylum-seekers. Facing pressure, Germany announced that it would take in 500,000 refugees a year over the next few years. Germany also advocated for broader cooperation in the European Union to share the burden.

The UK received much pressure from its people, who called for the government to do more. There is also the Independent’s “refugees welcome petition” that requests the Prime Minister David Cameron to “accept its fair share of refugees seeking safety in Europe.” Britain has received pressure from its political leaders, too. The First Minister of Scotland publicly stated on September 3 that she would offer help to refugees. Facing challenges, on September 7 the UK promised to resettle 20,000 Syrian refugees over the next five years. A week later, the European Union reached an agreement to relocate more asylum-seekers.

The ripple effect continues, showing how a photo changes public opinions, which then pressure governments to take more responsibility. The pressure can come from politicians, activists, other governments, and citizens. These are the forces that will alter a government’s stance.

I believe we can draw many conclusions and implications from the case of little Aylan’s photo. For one thing, this case helps to connect the theoretical dots in public diplomacy by highlighting the link between public and policy change. Criticisms of public diplomacy often question its effectiveness: Does public diplomacy really work? Successful public diplomacy depends on many factors, and these factors all rest on one premise: the power of the people. The case of Aylan’s photo triggering waves of international cooperation on the refugee crisis proves that power not only exists, but also has much more potential than we can imagine.