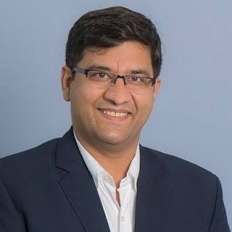 Dr. Zahid Shahab Ahmed is a Research Fellow at the Alfred Deakin Institute for Citizenship and Globalization, Deakin University, Australia. Prior to joining Deakin University, he was Assistant Professor of Peace and Conflict Studies at the National University of Sciences and Technology, Pakistan. His teaching and research interests include diplomacy, foreign policy and international organizations, with a special focus on South Asia.

Ahmed’s research is published in a range of journals including Asian Studies Review, Global Policy, Democratization, South Asia Research, and International Journal of Politics, Culture, and Society. Prior to joining academia, Ahmed held research, training and consultancy roles in international development and peacebuilding, including with Die Deutsche Gesellschaft für Internationale Zusammenarbeit (GIZ), Friedrich Ebert Foundation, Peace Direct and Prince Claus Fund. He is still actively engaged in peacebuilding work with local and international NGOs. During 2015-16, he conducted a research on ‘Peace Education in Pakistan’ which was funded by the United States Institute of Peace. His research on the lawyer’s movement in Pakistan was funded by the International Centre for Nonviolent Conflict.

Ahmed received his PhD in Politics and International Relations from University of New England, Australia, in 2012.

Ahmed’s 2017-19 CPD Research Fellowship project is titled “How Are Attitudes Towards China Formed in Pakistan? Analysis of Beijing’s Public Diplomacy in the Context of the China-Pakistan Economic Corridor.”