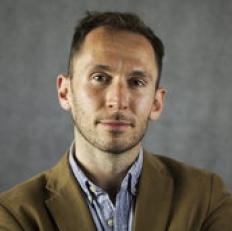 Oliver Lewis is a Senior Research Associate in the Changing Character of War Centre at the University of Oxford and has interests as a practitioner, scholar and technologist. Previously he was a senior civil servant in the UK Cabinet Office, Ministry of Defence and Foreign & Commonwealth Office, including twice serving as an intelligence officer in Afghanistan. He has interests in education and organizational design in government, having been a founding fellow of the Foreign & Commonwealth Office’s Diplomatic Academy, director of the UK Government Digital Academy, and taught at diplomatic and military colleges throughout the world.

Lewis’s research explores the lives lived in elite transnational institutions, particularly diplomacy and national security, but encompassing the people who by virtue of employment or alignment with a social group choose to move frequently and fluidly across multiple international borders. He has previously taught international relations at the University of Cambridge, London Metropolitan University and Brown University.

Acting and Espionage: A Comparison of Fiction and Reality

Film, television and games have a love affair with national security. From James Bond and Jason Bourne to Sydney Bristow and Nikita Taylor, spying makes for compelling drama and commercial success. The representation of national security in popular culture shapes our understanding of contemporary geopolitics and reshapes our perception of significant historical periods. The Ipcress File (1965) and The Spy Who Came in from the Cold (1965) represent a different view of the Cold War than more contemporary depictions in Bridge of Spies (2015) or The Good Shepherd (2006). The behaviors and attitudes around the so-called war on terror depicted in 24 (2001-14) have a different political flavor to the creative treatment in Zero Dark Thirty (2012) or the futuristic exploration of political violence in Battlestar Galactica (2004-12). Yet all of these disparate representations of themes in national security shape how audiences understand and respond to contemporary government security practices and policies.

But this research project is concerned with the similarity of experiences between actors in popular culture and actors in national security: the lived experience of actors representing characters in national security environments, from intelligence officers like Angela Burr (Olivia Coleman) in The Night Manager (2016) to confidential informants like Raza Shar (Nabhaan Rizwan) in Informer (2019); and the lived experiences of intelligence officers and undercover officers portraying ‘cover’ identities in the conduct of their professional duties at home and abroad.

Through ethnographic fieldwork and anonymous interviews, this project will complement the substantial existing scholarship in how audiences receive content about national security with comparative descriptions and observations about how those people portraying figures in a national security context experience their role, evolve their understanding through practice, and reflect on their participation.