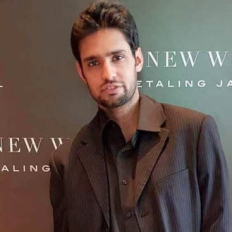 Hannan Hussain is an Assistant Researcher at the Islamabad Policy Research Institute (IPRI), and an author. He is also a contributing writer on international security for CGTN.

Hannan is a recipient of the Fulbright scholarship, and studies Public Policy at the University of Maryland, College Park.