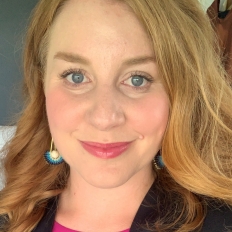 Sarah Leary is an Australian diplomat and Palawa woman working in Australia's Department of Foreign Affairs and Trade (DFAT)’s Office of the Pacific. Since 2019, she has helped develop PacificAus Sports—a $52 million initiative to deepen Australia’s ties to the Pacific. Sarah studied International Relations at the University of Tasmania, where she also majored in Journalism. She represented DFAT at the CPD Summer Institute in Public Diplomacy in July 2018 and is a former journalist with Fairfax Media.

At DFAT, Sarah has delivered outcomes for Australia’s trade and investment agenda in Southeast Asia and the Pacific in the areas of economic, Indigenous, cultural and sports diplomacy. She will soon serve in Vietnam (2021–2023) after serving in Cambodia (2020), Solomon Islands (2014–17) and Australia’s Mission to the United Nations (2012). Her favorite sport is tennis, closely followed by rugby sevens.