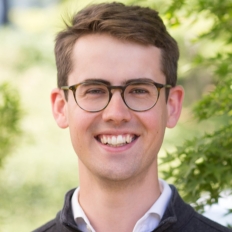 Alistair Somerville is a researcher and writer focused on the intersection of public diplomacy, multilateral institutions, and negotiation. He has worked in various capacities in the United Nations system, including for the Department of Global Communications in the UN Secretariat, and on external affairs for the Sustainable Development Vice Presidency at the World Bank. He was most recently the focal point for the UN Secretariat's think tank, media, and academic engagement in the United States, based in Washington, DC. He covered climate communications, drafted reports to UN headquarters on U.S. politics, and undertook other projects for the director of the UN Information Centre in Washington.

He is also Non-resident Associate at the Institute for the Study of Diplomacy at Georgetown University working on an international negotiation textbook, under contract with Rowman & Littlefield. He was previously the publications editor at the Institute and the Bunker Graduate Research Fellow in Diplomacy, where his research focused on British soft power after Brexit. His writing on diplomacy has appeared in The Washington Post, Public Diplomacy Magazine, the CPD blog, the Washington Monthly, among others.

He is the co-founder of the Transatlantic Writers' Group in partnership with the Wilson Center’s Global Europe Program, a member of the Public Diplomacy Council of America, and participates in the Council on Foreign Relations' young professionals program. He is a graduate of Georgetown University, University College London, and Oxford University.

Mr. Somerville's CPD project is "The United Nations’ Public Diplomacy in Donor Countries," which will evaluate how the United Nations is fairing in its global communications, public outreach, and donor engagement efforts in a world of mis- and disinformation, declining trust in institutions, and immense humanitarian, development, and peace and security challenges.

He is completing this fellowship in a personal capacity, and his views and recommendations do not necessarily reflect those of any part of the United Nations system.