Home|43 Pence per Day: The Cost of British Soft Power? 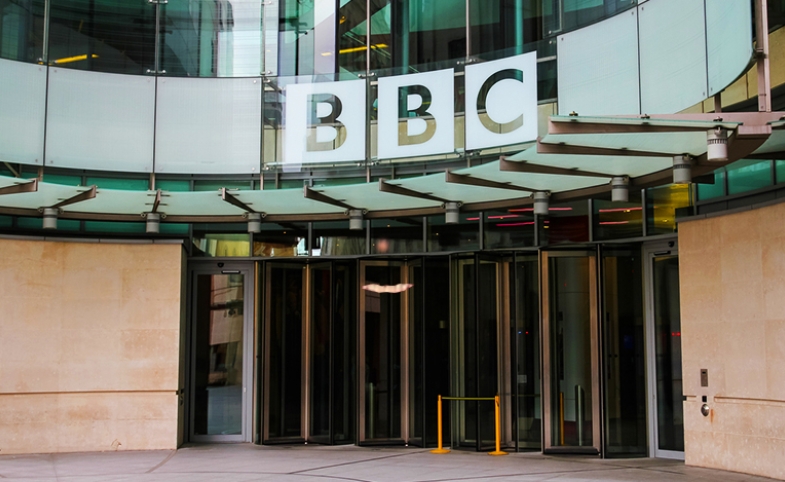 43 Pence per Day: The Cost of British Soft Power?

News broke January 15, 2022 that the UK government is set to freeze the BBC license fee. UK Culture Secretary Nadine Dorries has proposed what amounts to a £285 million yearly reduction in the national broadcaster’s budget. This decision will likely cause significant harm to Britain’s global soft power and influence. Politicians have justified the cuts on the basis of a supposed need to cut spending waste against a backdrop of inflation, but the decision is short-sighted. Not only does the BBC produce a highly valued domestic service for British citizens, it also provides a source of impartial information to millions around the world. High levels of global trust in the BBC both reflect and enhance decades of British public diplomacy and soft power efforts worldwide. Such a significant budget cut poses a major obstacle—to the detriment of defenders of democracy across the globe.

The BBC’s impartiality and independence make it an enormous asset for a government that seeks to reorient Britain’s global influence through public diplomacy and broadcasting after the country’s exit from the European Union. Ministers have recognized this in the last year alone. “The BBC plays an important role in promoting our values globally through its independent and impartial broadcasting. It is a central part of British soft power and influence,” Lord Ahmad, minister of state in the Foreign, Commonwealth and Development Office, told the House of Lords at the beginning of 2021. The parliamentary record of that debate highlights the contradiction in the government’s professed support for the BBC’s demonstrated international record, as members of the ruling Conservative Party continue to fuel attacks on the broadcaster.

The BBC license fee, which is effectively a tax on all UK television owners and consumers of BBC TV, currently stands at £159 per year. This amounts to just £13 per month—or 43 pence per day—a small price to pay for the range of entertainment content and quality impartial news. A two-year freeze will require £2 billion of savings over the next six years, which means cuts to programs will be necessary, the Corporation’s director general Tim Davie told CNN.

Debates over BBC funding models are not new. Successive Conservative governments have considered alternative subscription-based approaches, not least because the flat fee for all could be viewed as regressive. Paid advertising on the BBC’s domestic services is prohibited, although commercial deals and advertising outside the UK provide an additional funding stream. BBC World Service, the world’s largest international broadcaster, relies on a mixture of these streams, plus a £289 million injection of government funding from 2015 to 2020, which provided for a global expansion of services. In 2021, the Corporation reached 489 million people around the world—an audience that trusts the BBC as a universal provider of factual information.

High levels of global trust in the BBC both reflect and enhance decades of British public diplomacy and soft power efforts worldwide.

The suggestion that the current fee is simply too high demonstrates short-sightedness in the name of political expediency. According to UK government research from 2016, only about a third of Brits agree with a cut in the license fee. The government has exploited the domestic economic backdrop to the announcement—with inflation running at close to six percent and household bills rising sharply—and has portrayed the cut as a tax break for working families. Moreover, Culture Secretary Dorries has previously made unfounded claims about “left-wing” bias at the Corporation and stated, “The days of state-run TV are over.” This stroke of the domestic political pen is short-sighted, if not entirely surprising given Dorries’ public statements. Moreover, as the disinformation researcher Nina Jankowicz noted in her book, How to Lose the Information War, the UK government’s per capita investment in the BBC has traditionally been much higher than U.S. funding for its closest equivalent, the Corporation for Public Broadcasting. In the fight against disinformation and false political narratives that undermine democracy, a basis of factual information is key.

The century-old British Broadcasting Corporation has long been the staple food of the British media diet. The COVID-19 pandemic has again demonstrated the power of the BBC as a national institution in a divided country. As schools closed amid lockdowns in March 2020, the BBC produced daily educational programs to keep children’s brains in gear. According to research from the same year by the Reuters Institute at Oxford University, the BBC remains the most trusted source of news by those on both the political left and the right.

Advocates for public diplomacy and impartial news broadcasting should now come to the BBC’s defense. For example, the recently revitalized UK Soft Power Group—a government advisory body made up of civil society organizations engaged in soft power efforts—should mobilize in opposition to the decision. As Sophia Gaston, director of the British Foreign Policy Group, the think tank that convenes the Soft Power Group, wrote on Twitter: “The BBC's tangible attributes—upholding a shared objective reality, projecting British culture—are only possible because of its universality. It may not always perform to its potential, but its very existence is a huge structural UK advantage that could never be regained.” Other members of civil society should weigh in behind her.

As a Brit, it’s easy to forget, or never realize in the first place, that BBC Newshour occupies significant real estate on National Public Radio each weekday morning. A drop in quality caused by this major funding cut could cost the BBC something it cannot easily rebuild: its listenership and broader reach, in the United States and around the world.

This year, the BBC celebrates its 100th birthday, and its World Service reaches 90 years in operation. Now the government must secure its universal presence—and with it Britain’s global influence—into a second century of global broadcasting.