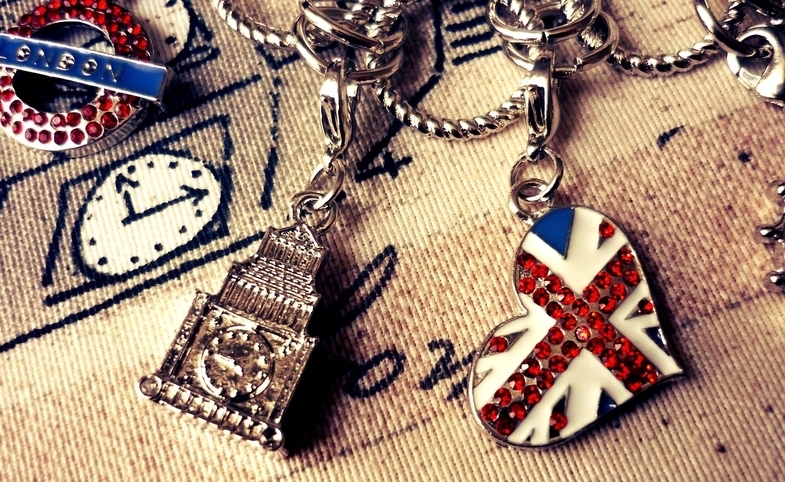 It should be a rule of modern diplomacy that a British embassy can never have too many pictures of David Beckham on the wall. Ditto Argentina and Messi, Portugal and Ronaldo.

When I was a UK Ambassador, we never missed the chance to fly the largest flag we could find over a Bond car, super yacht, Royal Wedding, iconic brand, Premiership footballer, or visiting celeb. This was not because we were star struck, though perhaps we were a bit. It gave us the best possible platform for our message about Britain’s global role. This was not treaties, Ferrero Rocher, or protocol. But it was diplomacy.

As the Second World War raged across Europe, a diplomatic adviser approached Josef Stalin – tentatively, as most people did. Stalin despised diplomats, and saw diplomacy as an effeminate business of compromise and capitulation. He wanted to understand power, but only so that he could have more of it.

Nevertheless, his nervous advisor wanted to make the case that the Soviet leader should stop repressing Catholics in order to reduce hostility to Russia in Europe and curry favor with the Vatican. Stalin was underwhelmed. “The pope? How many divisions does he have?”

Of course, the Vatican had no tanks. But, unlike Stalin’s system and Stalin’s statues, it is still standing. Nations that succeed in the future will measure themselves by something more than the number of people they have the power to kill. And – though no one has yet told Donald Trump – diplomacy is more than a competition to secure the biggest arms deal.

Of course, wars are not going away anytime soon. Soft power without the threat of hard power quickly becomes "speak loudly and carry a small stick." "We will not stand idly by" quickly becomes "watch us standing idly by." As the 2014 Russia/Ukraine crisis demonstrated, "you must not invade your neighbor" becomes "you should not invade your neighbor," and then "let's discuss how we can ensure that you don't invade another neighbor."

But even the most brutal empires recognized the need to balance military and non-military force. Genghis Khan would have been unlikely to describe anything he did as soft, nor appoint a soft power guru. But he realized that it was easier to maximize his own influence if people felt that they were better off with him than without him. He even invented diplomatic immunity. The Romans were also weak when they forgot the importance of bread and circuses, relying on subjugation alone. Instead, Rome was at its strongest when it offered a sense of magnetism, the early version of U.S. President Reagan's "Shining City on a Hill".

It is often easier to promote modern British music rather than traditional British values, or the power of Premiership football rather than our position on human rights.

Soft power alone is also insufficient. Like hard power, it has its limits, as photos of jihadists drinking Pepsi in Levi’s jeans remind us. On visits to universities in the Middle East, I am often harangued about Western cultural imperialism by students wearing Premiership football jerseys.

So any government now needs to think far more strategically about how to become a smart power superpower. Portland’s league table is a competition that should matter, and not just to diplomats.

In my experience, it comes down to three ideas: having a national story; knowing how to tell it; and knowing how and when to mix the tools at your disposal.

Firstly, know thyself. A nation needs to understand its own story and tell it well. That story is most effective when it is aspirational, inclusive, and does not rely only on killing people from other nations. It makes it easier for us to persuade others to support our agenda, on the basis that it is theirs too. It makes it easier for us to persuade others to share our values, because those values work for them too. And it makes it more likely that they buy our goods, because they want them too. Danny Boyle's brilliant telling of Britain's island story during the 2012 Olympics opening ceremony moved many of us to tears, and a small number of bigots to rage. History is rightly contested, and any attempt to define a nation even more so.

Becoming a soft power superpower also means understanding how to tell that story. In the internet age, marketers can no longer simply pump out their messages. Instead, they must engage with those they want to influence, building trust. The same applies to nations, especially in a time of distrust in traditional institutions. The BBC is the world’s most trusted broadcaster because it is committed to debate and inclusivity, not propaganda and exclusivity. It sets out to be a global institution rather than a British one. The British Museum calls itself "a museum of the world, for the world." The English Premier League is the most international in the world.

A nation’s brand is most credible when carried not by ministers or diplomats but by sportsmen, artists, or businesses, and most importantly by people. It is often easier to promote modern British music rather than traditional British values, or the power of Premiership football rather than our position on human rights. Governments have to draw on the power of those that can best promote the national brand, while avoiding looking like an awkward uncle dancing at a wedding.

So Conchita Wurst, Austria's transvestite winner of the Eurovision song contest in 2014, a glorious cross between Shirley Bassey and Russell Brand, did more for its reputation as an open and liberal country than years of government speeches and press releases. The Nobel Peace Prize will keep Norway near the top of the soft power league table as long as leaders aspire to win it. The 2014 World Cup in Brazil had a huge impact on Brazil's reputation, for better or worse.

However, governments can and should do more to refine the instruments directly under their control. This starts with greater coherence between development, defense, and foreign affairs ministries. Overseas aid should not be tied to foreign policy outcomes, but should amplify a country's smart power. The fact that Britain funded all the schoolbooks in Lebanon gave me much more political credibility and access. When navies help deliver humanitarian aid following natural disasters, it increases the attraction of their government. Likewise, when diplomats secure and use influence, it is easier to deliver policy changes that help deliver development. There will naturally be tensions between these three arms of overseas work, but they must be creative tensions.

The Obama Presidency was a struggle between competing visions of how you project power. By seeking to draw back many of the harder power instruments, which were overused by George W. Bush, the U.S. faced charges of weakness and neglect. By "leading from behind," Obama created the sense of a driverless world. But he was right that “just because we have the biggest hammer does not mean every problem is a nail.” The nations climbing the soft power table fastest get this. And they will be the superpowers of the Digital Age.

Note from the CPD Blog Manager: This piece, written by Amb. Tom Fletcher, originally appeared in the 2017 Soft Power 30 report.