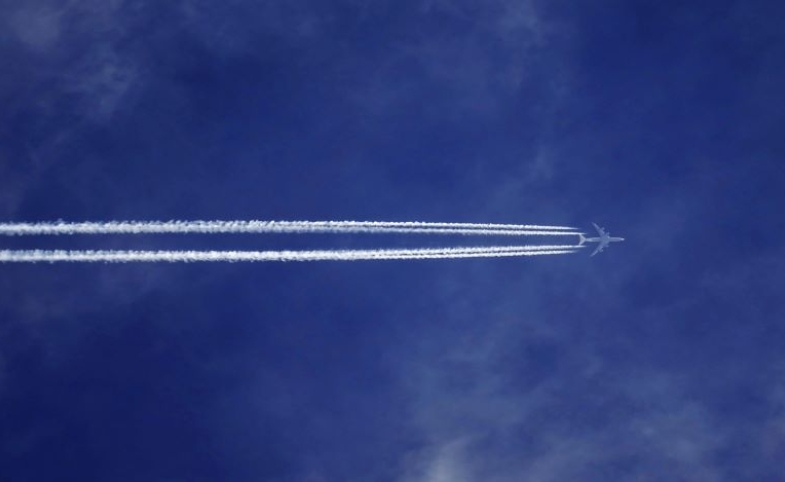 The Lasting Value of the Kennedy-Era Africa-to-America Airlifts

‘The skilled flute player,’ goes an African proverb, ‘must sometimes stop to wipe his nose’. It’s now the right time to wipe our noses and view the historic 1959-1963 African student airlifts to America from a strategic public diplomacy perspective.

Prior to this, eminent African leaders such as Nnamdi Azikiwe, Edward Wilmot Blyden, George Padmore, James Emman Kwegyir Aggrey, Kwame Nkurumah and Hastings Kamuzu Banda had played leading roles on the continent after sojourns in America in what can be studied as a pre-1960s exchange diplomacy.

However, what makes the 1959-63' cohorts worth renewed focus is the timing, high cohort numbers, intrigues in securing the sponsorships and their impact on the continent’s development and perception of America.

Viewed through the lens of  public diplomacy, the airlift program was akin to the biblical parable of the mustard seed that grew into a gigantic tree. Thus, it’s time to go down the memory lane on the seed that was planted in sub-Saharan Africa by the African students’ educational odyssey to North American universities. On return, the more than 800 beneficiaries took up critical post-independence leadership roles. It was a date with destiny; most of the students became early ‘converts’ to American values and ideals.

Their experiences not only profoundly altered the course of their countries, but significantly contributed to the success of later American global public diplomacy. In the words of African novelist Chinua Achebe in In Memorium Across the Globe: Chinua Achebe: “Every generation must recognize and embrace the task it is peculiarly designed by history and by providence to perform."

These American values not only became a beacon of hope to the students’ home countries but also helped advance US foreign policy goals.

Before the ‘airlifts’ to America, European imperialists across Africa had downplayed higher education in the face of anti-colonialism and struggles for self-determination, according to Robert F. Stephens, one of the program administrators. To address this, pan-Africanist Tom J. Mboya, one of the foremost architects of modern Kenya, spearheaded the efforts to raise funds for African students’ higher education in America and Canada. Although fate saw a key champion of the ‘airlift’, President John F. Kennedy, in the White House for two years and 10 months only, the legacy of that deployment of American soft power lives on.

The concept of soft power was coined three decades ago by American political scientist Joseph S. Nye, Jr. In the book, Bound to Lead: The Changing Nature of American Power, he argues that in international diplomacy, military power is used “to do things and control others,” while soft power—non-coercive power—is deployed to cement leadership positions in the world. For Nye, the basis of US soft power is liberal democracy, free market economics, and fundamental values such as human rights—in essence, liberalism. These American values not only became a beacon of hope to the students’ home countries but also helped advance US foreign policy goals.

For a meaningful reflection of the public diplomacy value of the ‘airlifts’, one has to bear in mind the ebb and flow of the events of the sixties. As British Prime Minister Harold Macmillan said then: ‘The wind of change is blowing through this (African) continent’ with many African countries shaking off the imperialist yoke and in need of friends. One such friend was the US, which was grappling with its own issues, including the Cuban invasion of the ‘Bay of Pigs’, the Vietnam War, the Cuban Missile Crisis, the civil rights movement aimed at scrapping the Jim Crow segregation laws, and universal voting rights clamor.

Evidently, the airlift brought African students to America at a tempestuous time that laid bare the fragility and contradictions of the "American Dream".

In spite of all the turbulence, the inspirational JFK Inaugural Address that essentially summoned an enthusiastic generation to public service embodied the spirit of the times: “Ask not what your country can do for you – ask what you can do for your country.”

This timeless summon to energetic Americans soon bore fruit with the launch of the Peace Corps, an instrument that encouraged mutual understanding between Americans and people of other nations. The jury is still out on how the soaring Kennedy-esque exhortation affected the airlift students’ sense of public service on return to their homelands.

Most of the trail-blazing generation and their American benefactors have since hung their career boots, are in their sunset years or have passed away. This certainly calls for taking stock of the public diplomacy value of the initiative and presents a chance to profile their lives.

Across the sub-Saharan Africa, the airlift's luminaries laid a strong foundation in both public and private sectors. This contributed immensely to these countries’ subsequent socio-economic development. Yet it’s mainly Kenya’s airlift beneficiaries who are nominally better known. In fact, Kenya partly owes its regional powerhouse status to its advanced human capital skills base drawn from the strong foundation laid by the airlift. The more famous Kenyan airlift generation includes the first African woman Nobel Peace Prize laurate Professor Wangari Maathai, diplomat Pamela Mboya, veteran journalist Philip Ochieng, leading conservationists Prof Reuben Olembo and Dr. Perez Olindo. Even for these ones, their performance, achievements and broader impact on the society is scantily documented, assessed or publicized. What role did the exposure play in shaping relations between their respective countries and the US?

As children of two worlds embodying double consciousness, living airlift luminaries deserve a chance to reminisce on their encounters with the American Dream and how they navigated around their post-independence challenges and opportunities. As Greek Philosopher Socrates observed: "A life unexamined is not worth living."

The Latest Trends in International Education

The 2017 Open Doors report from the Institute of International Education (IIE) has just been released. This report discusses current trends in international education, listing the countries and universities which host the...

Sitting at high tea in a popular London tearoom, I could not think of a more quintessentially British place to be. I was thrilled to be throwing myself into the London scene. To my surprise however, the only accent I...

When Will It End?

A horrific terrorist attack, then a sharp military response. As usual, the former was more effective than the latter. Some politicians demand a more vicious counterthrust. “Boots on the ground” has a nice John Wayne-like...