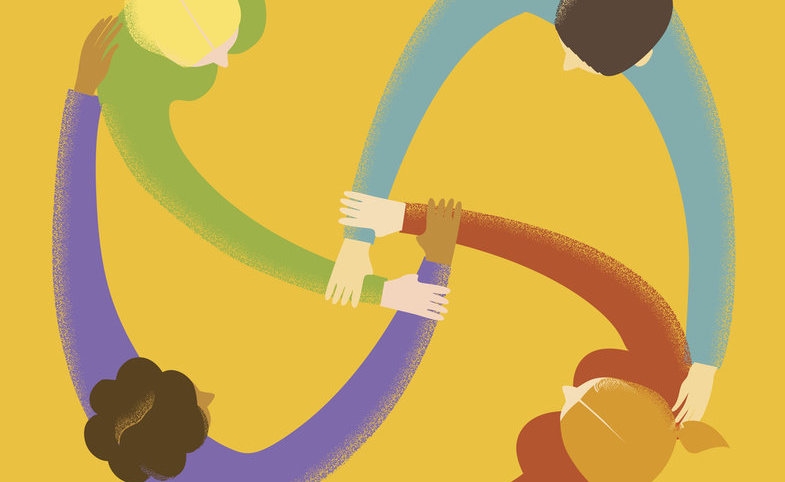 Theodore Roosevelt’s admonition that we “speak softly and carry a big stick” still holds true today on the world stage. But it does raise the question of how to “speak softly” in an ever more fracturing information environment.

Ours is an age of information abundance, flooded with images and sound bites. As evidenced in current events, merely providing accurate information is neither sufficient nor effective to inform and influence one’s stakeholders. Nor do facts speak for themselves, given the incapacity of fact-checking to dispel falsehoods and stop their spreading. We lament that we are edging toward a dangerous “post-truth” world.

I would argue that while facts are foundational, to capture audience attention and get their buy-in, it is equally important to reveal and embody emotional truth, based on understanding each other at a deeper level.

As in domestic politics, one’s perceptions and opinions concerning other countries and, more broadly, world affairs encompass both rational and emotional realms, with the emotional aspect remaining largely under-appreciated and under-explored. The assumption of a dispassionate citizenry—a citizenry viewed primarily as interest-maximizing agents—has been critiqued as incomplete understanding of the dynamic interplay between the rational mind and the emotional heart in one’s political life. As Drew Westen argues in his book The Political Brain, in American political life the marketplace of emotions matters more than the marketplace of ideas.

Despite people’s general lack of direct international experiences, there is expanding public participation in wide-ranging social processes around the globe, made possible by digital access. It is therefore expected that similar emotional forces are at work in how international affairs are perceived by the general public, whose expressed views of other countries and cultures are in large measure shaped by their feelings and habits rather than information and knowledge.

This is not, of course, a new idea. The late Albert Hirschman expertly traced the vigorous intellectual debate in the seventeenth and eighteenth centuries about the complex roles that interests and passions play in social decision and human action. Spinoza’s two propositions about the basic principle of countervailing passion remain poignant—“No affect can be restrained by the true knowledge of good and evil insofar as it is true, but only insofar as it is considered as an affect” and “[a]n affect cannot be restrained nor removed unless by an opposed and stronger affect.”

As emotion is a powerful source of engagement, arts and culture may be the best weapon we have in the post-truth world, for they nurture empathy and make “the other” feel less distant.

Indeed, the rising populist fervor in the West is the latest face-off of the paradoxes between these two elemental human forces. Is economic dislocation or cultural disruption primarily driving the backlash against trade and immigration? As Tony Blair wrote recently, the modus operandi of today’s populism “is not to reason but to roar,” and it is a movement “partly economic, but mainly cultural.”

There is accumulating evidence that Brexit and the growing European opposition to immigration were driven less by pocketbook concerns than by cultural anxiety, as one wrestles with an increasingly culturally diverse daily existence—from shopping malls and neighborhoods, to schools and workplaces—due to the demographic and cultural shifts in contemporary mass migration. In the U.S., the foreign-born population is also reaching a historical high as compared with the 1920s, with the vast majority of the foreign-born residents now being from Latin America and South and East Asia.

These encounters of cultures and peoples, however, did not turn out to be great opportunities for sharing knowledge and experiences; rather they have provoked our basic impulses of prejudice, especially in light of the real or feared downward socio-economic mobility. The French political scientist Laurent Bouvet calls the phenomenon “cultural insecurity.” Many lack the resources and capacity to address this transition brought forth by the fast face of globalization. To make matters worse, the cultural rifts are compounded by the existential threats of terrorism.

Public diplomacy is hence faced with an immediate challenge to address this fertile ground for isolationist politics and policies that are poised to undermine the liberal world order. Easing these cultural tensions in order to foster productive international relations is no easy feat.

When the artist Phyllida Barlow was asked about her representing Britain for this year’s Venice Biennale, a major cultural diplomacy event, she put it simply that “representing your country is not your primary concern. It is more a question of ‘we’re all in this together.’”

As emotion is a powerful source of engagement, arts and culture may be the best weapon we have in the “post-truth” world, for they help nurture empathy and make “the other” feel less distant. In short, the big question of how to “speak softly” amidst sound and fury calls for a unity of reason and passion in public diplomacy.

Photo by shtonado I iStock