Home|Stimulating Entrepreneurship as a Form of Public Diplomacy 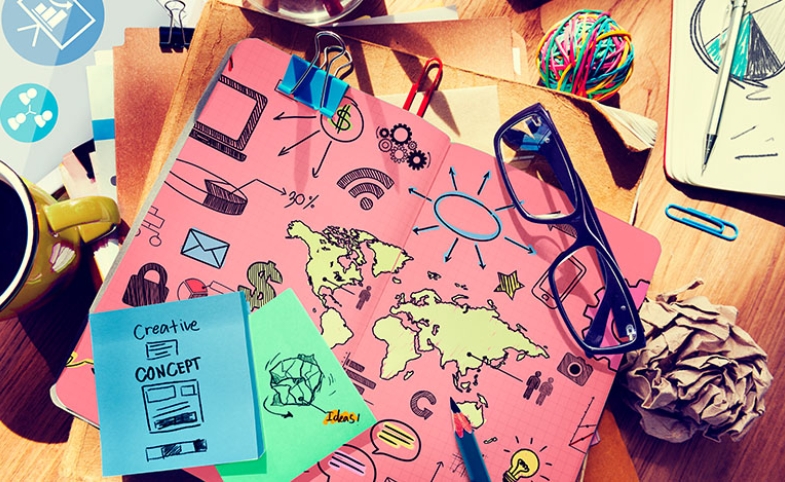 Stimulating Entrepreneurship as a Form of Public Diplomacy

These questions are being investigated in “Mapping Entrepreneurship Diplomacy,” my research at Babson College, where we are analyzing how entrepreneurship diplomacy differs from existing diplomatic efforts that use business.

It differs from trade envoys and the enhancement of diplomatic links between countries through big business because it is focused on the conditions for early-stage startups. It also differs from entrepreneurial diplomacy, which we see as the application of "Entrepreneurial Thought and Action"­—a methodology of social change that values purpose with profit—to how diplomacy is conducted: spending time with the ‘customer’ (in this context, representatives from the partner country), deeply understanding their challenge, and then seeking to solve that with them.

Entrepreneurship diplomacy draws on soft power and national brand and pairs this with the potential of successful startups to deliver exponential growth in job creation and standards of living in the recipient country.

Instead, entrepreneurship diplomacy is focused on the conditions for startup success in the partner country. Do local aspiring entrepreneurs have role models who can describe their paths and provide coaching? Are support mechanisms available, such as accelerators, co-working spaces and partnerships with universities? Is early-stage capital available in the form of angel investor groups, venture capital and government grants?

This research focuses on why and how a "Country A" would seek to stimulate the conditions for entrepreneurship in "Country B" to achieve their foreign policy objectives. We call this “entrepreneurship diplomacy.” It draws on soft power and national brand and pairs this with the potential of successful startups to deliver exponential growth in job creation and standards of living in the recipient country.

For example, the Swiss government-funded Swiss Entrepreneurship Program is focused on strengthening entrepreneurship ecosystems by providing support to the emerging economies of Vietnam, Peru and the Western Balkan nations of Albania, Bosnia-Herzegovina, Kosovo, North Macedonia and Serbia.

Another example comes from Australia’s Department of Foreign Affairs & Trade (DFAT). Under its Innovation@DFAT agenda, it has run programs in collaboration with several partners such as Global System for Mobile Communications (GSMA), an industry trade body with a nonprofit arm called Mobile for Development. With this entity, DFAT has partnered to fund GSMA Ecosystem Accelerators.

The DFAT GSMA Indo-Pacific Accelerator of 2021 saw support provided to startups in Fiji, Samoa, Papua New Guinea, Myanmar and Cambodia. This included regular coaching, access to experts in areas such as digital marketing, technology and law, as well as pitch events to help the founders sharpen their value proposition.

Policymakers from the Arab world to Slovenia, New Zealand and Australia are interested in the potential for entrepreneurship to enable financial and non-financial benefits. These include job creation and employment, increased competition and growth within their economies, contribution to GDP and contribution to the United Nations’ Sustainable Development Goal 8 (sustained, inclusive and sustainable economic growth). To date, much of the research has focused on domestic policy, i.e., the benefits within one’s own country. “Mapping Entrepreneurship Diplomacy” considers the foreign policy perspective, i.e., the benefits within another country and how this affects diplomatic relations.

Insights are being gained from interviews with those working in and with the governments of Australia, Switzerland, the U.S., the UK and other nations providing support and expertise. Example interviews include Teresa Widmer, Swiss Entrepreneurship Program Global Program Manager; Peta Mills, who has overseen innovation projects for Australia’s DFAT; and Steven Koltai, who served as Senior Advisor for Entrepreneurship in the U.S. State Department under Secretary Hillary Clinton.

In doing so, we aim to map the use of entrepreneurship for diplomacy and give insights into where, why and how this is taking place, supported by secondary research. This is of course only one half of the relationship, and uncovering insights from the receiving countries’ side will also be critical.

If governments wish to stimulate entrepreneurship in another nation, with whom they engage in such work requires critical consideration. We are exploring the makeup of teams engaged in entrepreneurship diplomacy and how members of the public, whether themselves entrepreneurs or not, may be best deployed. We believe that this presents a major public diplomacy opportunity. Those working in the field such as those we have interviewed have affirmed this view and expressed interest in these insights.

In addition, there is social value in building understanding of a topic that has as its objective the economic enablement of those in (often lower-income) partner countries. If more people are equipped with the skillset for entrepreneurship, if the ecosystem around them is seeded, fertilized, supported and nurtured, and if this guides their own government in how to design policy to encourage and support entrepreneurs, then the expected social benefit is significant.

Public Diplomacy and the Next Digital Disruption: Non-Fungible Tokens (NFTs)

NFTs, or non-fungible tokens, were the ‘buzz word’ of 2021. By the end of the year, the market for digital artwork and collectibles reached nearly $41 billion, almost as valuable as the traditional (physical) global art...

Last month, global leaders descended upon Davos, Switzerland for the invitation-only World Economic Forum’s (WEF) Annual Meeting. With its stated mission of "improving the state of the world by engaging business,...