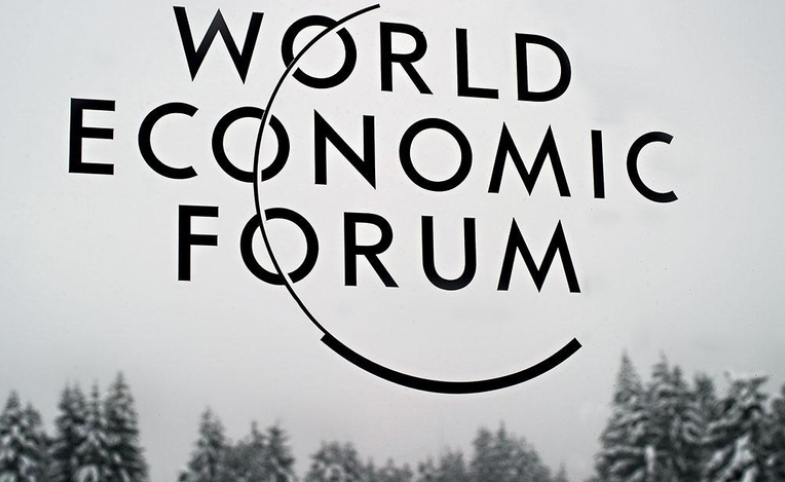 With its stated mission of "improving the state of the world by engaging business, political, academic, and other leaders of society to shape global, regional, and industry agendas," WEF’s annual meeting is a high-profile convention that shapes the global conversation and drives meta-narratives in both large and small ways.

It can be said that WEF is the private-sector counterpart to the UN. The World Economic Forum has 1,000 member companies, whereas the UN has 193 member state countries. To continue the analogy, the UN General Assembly in New York is to heads of state as the World Economic Forum’s annual meetings in Davos are to CEOs. It is their time to shine. They get a very big microphone—with all eyes on their speeches, panels, reports and interviews. So what do they use this platform for? What messages are business leaders trying to convey to the global public, and how?

At Davos this year, the main private-sector public diplomacy message seemed to be the following: you need us to reduce poverty and inequality, curb global crises and combat climate change—and we are ready to do our part.

Recent political shifts and the public’s decreasing trust in government and institutions made this year in Davos the perfect backdrop for certain CEOs to project the image of change makers and activists.

For example, the Business and Sustainable Development Commission is a group of 37 progressive leaders who came together to quantify and convey the business benefits of working to reduce poverty and taking action against climate change. The commission includes CEOs of major firms, such as Unilever, Merck, Mars, Alibaba, Safaricom and Aviva.

What messages are business leaders trying to convey to the global public, and how?

Over the past two years, they have undertaken an advocacy influence campaign to popularize the idea that the Sustainable Development Goals (SDGs) offer a compelling growth strategy to business. In other words, doing good is good business. The commission has engaged with 1,500 CEOs to galvanize leaders and investors to focus on long-term gains (instead of short-term profits) across a spectrum of industries. The Commission’s flagship report Better Business, Better World estimates that sustainable business models could open economic opportunities worth up to US$12 trillion and increase employment by up to 380 million jobs by 2030.

The Commission was launched at Davos two years ago, and this year they hosted a closing event which debuted an impactful film to tell their story to the world:

A similar group, the B-Team, brings together influential heavy-weights like Richard Branson, Paul Polman and Arianna Huffington to push for a “Plan B” to capitalism: one that works better for society and doesn’t harm the environment. This group’s strategy is built on the belief that if CEOs and leaders can be vocal about social and environmental issues, they can lead their peers down a path of enlightenment and create an enabling environment for real change in the business sector.

This year at Davos, the B-Team helped put together a main stage panel on the topic of “Standing Up for Social Progress”, which asked, what is the role and responsibility of business leaders to take a stand on social issues of moral and political controversy, and what does it take to truly drive social change within large global organizations?

While awareness-raising advocacy efforts may be paying off, there is more work to be done to turn good intentions into action. According to Fast Company, a survey of 350 CEOs shows that most support the SDGs, but only 17% are doing something about them.

Since the adoption of the UN’s 17 SDGs two years ago, there has been a noticeable shift in the rhetoric around private-sector engagement in global affairs and development issues. Indeed, “partnership” is the 17th goal.

Last year at Davos, the newly appointed UN Secretary-General António Guterres said “the best allies today in the world are probably in the business sector” when it comes to curbing climate change and stabilizing societies. This year, that message was widely embraced and publicly on display.

For example, fifteen UN and international organizations working in humanitarian relief and sustainability came together to set up a dedicated venue called the “Sustainable Impact Hub” in order to attract private-sector representatives to a variety of events and live-streamed sessions intended to underscore the importance of partnership.

Furthermore, niche publications such as DevEx and IRIN sent dedicated media teams to Davos to cover the issues of importance to development and humanitarian action. The WEF itself continued facilitating initiatives focused on mobilizing private-sector partnerships to transform humanitarian response. To underscore this ethos, Filippo Grandi, the United Nations High Commissioner for Refugees (UNHCR) said of the global migration crisis, "partnering with the private sector, the World Bank and financial institutions [are] a multiplier of solidarity. In today's world, that is gold."

From Closed-Door to Highly Accessible

Although once an exclusive week for the elite class, the Davos experience is now “lived out loud” in the age of social media.

Business leaders themselves are heavy on social media during the course of the week, using their platforms to opine, push news-worthy announcements and share live photos and videos with the world. Communications and PR teams work for months in advance—and around the clock—to arm leaders with compelling content and carefully crafted messages that are delivered at just the right time.

WEF itself encourages social and real-time engagement. A number of official panels were live-streamed (and live-blogged), and a dedicated social media portal called WEF Live made it easier to follow the conversation from home.

Finally, as the rise of Facebook Live has become a mainstay in digital diplomacy, organizations are hosting their own live interviews to help make their leaders more accessible—and their issues more relatable—to the public. For example, for the past two years at Davos, the UN Foundation has hosted a series called “SDG Live”, which interviews leaders in a direct and casual setting.

Interestingly, while social media usage is integral to the Davos communications machine, some key messages often heard at Davos this year were about a growing backlash against social media and internet companies. Many technology company CEOs made statements in Davos acknowledging that they are ready to work with authorities to develop new frameworks and rebuild trust with consumers as apprehensions about the trustworthiness of online platforms, misinformation and questions of ethics with regard to new technologies continue to grow. As Google CEO Sundar Pichai put it, "[a]t Google, we want to serve everyone in the world—so billions of users every day—and with that comes a lot of responsibility."

Overall, a new phase in private sector public diplomacy certainly seems to be taking root around the theme of sustainability and partnership, as evidenced this year in Davos.

CSR of the Belt & Road Initiative

Corporate social responsibility (CSR) is a means by which businesses can attempt to improve their relationship with the public. In the case of the Belt and Road Initiative, CSR can be used by Chinese firms to mitigate risks...

Public Diplomacy is traditionally understood as a sovereign nation’s effort to inform and influence foreign publics through open communications. It is expanding as a field that integrates diplomatic, corporate and social...