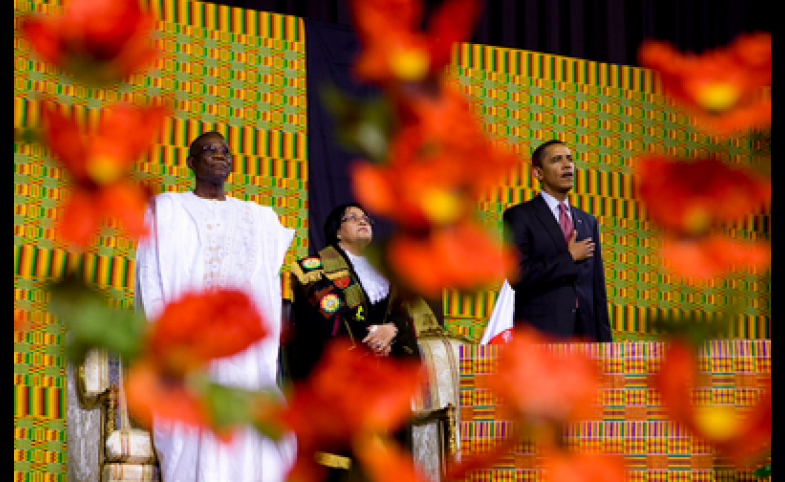 On Sunday, September 22, 2013, al-Shabab, a Somali-based al Qaeda cell unleashed gunfire on a Kenyan shopping mall, murdering 72 people and injuring over 200 others. The deadliest terrorist attack in Kenya since the 1998 bombing of the U.S. Embassy in Nairobi, the Kenyan mall shooting temporarily brought Africa to the forefront of U.S. news organizations like CNN, MSNBC, and Fox, who typically ignore the continent. While the gravity of this event cannot be overstated, it also serves as the latest example of how Western media attention to Africa is too often born out of the exigencies of crisis. However, the range of YouTube videos, tweets, and phone calls originating almost instantaneously from the victims of the attack provide evidence of the ways in which new technologies offer new opportunities for content distribution. This allows for the circulation of events both within and outside of the mainstream media and between Western and African journalists. With so many sources of information, African stories are now easier to cover and African voices are more accessible [1].

Stories of tragedy still dominate; but over the past two years, another meme has emerged, that of Africa Rising [2]. These reports remind us that in the face of a bleak global economy, Africa is home to some of the world’s fasted growing economies (e.g.Ghana, Ethiopia, Rwanda, and Mozambique).

Economists such as Jeffrey Sachs and Isis Gaddis credit Africa’s economic rise to the meteoric transformations in mobile and computing technology. While technology is never the only decisive factor, it is playing an increasingly significant role in shaping information flows in and out of Africa and providing critical infrastructure for the economic and cultural transformations taking place around the continent.

At first glance, these two sets of stories – the Kenyan mall shooting and rising African economies – may not appear to have much to do with each other or with public diplomacy. Africa, undoubtedly, is a vast and diverse continent, made up of complex social, political, cultural, and economic realities not generalizable according to a few news stories covered in the Western media. However, I argue that these stories provide apt illustrations of the current challenges facing U.S. public diplomacy towards the continent as well as potential solutions to those challenges.

First, particularly since the end of the Cold War, U.S. public diplomatic attention to the continent seemed to mirror these press cycles— it has been propelled by tragedy or promises of economic opportunity [3]. There appears to be no sustained interest in engaging with sub-Saharan African countries outside of these themes. Second, developments in information technology have played a role in Africa’s dynamic economic and cultural landscape and provided more pathways for information flow in and out of the continent. These same technologies also provide a promising platform through which U.S. public diplomacy actors can seek sustained and collaborative engagement with countries in sub-Saharan Africa.

However, on the surface, in terms of U.S. diplomacy in general, public diplomacy more specifically, and academic attention to public diplomacy in particular [4], the African continent appears tangential. I would argue that is because U.S. foreign-policy elites have done much to invite this narrative. The Obama Administration’s lack of a clear African agenda obscures much of the dynamic forms of outreach taking place in the field. Currently, there are two U.S. public diplomacies toward Africa.

At the executive level, we see a cyclical pattern of outreach and avoidance conditioned by the relative visibility of Africa in the global news cycle. President Obama’s Kenyan heritage heightened expectations both at home and abroad that he would expand and improve America’s presence in Africa. Five years later those expectations remain unfulfilled. Obama has only visited the continent twice, once in July 2009 and again in July 2013. In comparison, China's President, Xi Jinping, has already visited three African countries since taking office on March 14, 2013. During Obama’s latest visit, he was not invited to address a joint sitting of the South African Parliament; an honor customarily awarded visiting presidents. And headlines such as “Ujio wa Obama: WaKenya Wamenunaje?” (“Obama Visit: How are the Kenyans Sulking?”) and OBBO: “Africa Should Expect and ask Nothing of Obama” peppered press coverage of his visit. Of the 322 days Hillary Clinton spent overseas, only 25 (8%) were spent in sub-Saharan Africa. Many programs launched with great fanfare have quickly been discarded (e.g. AfricaLive). In 2010, the White House commemorated the 50th anniversary of 17 African nations’ independence, but no African leaders were invited. The list goes on and on [5]. Some speculated whether Obama’s July 2013 visit suggested the start of a considered African agenda. However, as of yet, substantial outcomes appear to be limited to brokering deals for American biotech companies and providing support
for energy poverty solutions. Currently, we can point to no Obama equivalent to the Bush Administration’s PEPFAR (the U.S. President's Emergency Plan for AIDS Relief). Launched in 2003, this program of AIDS-related health and development assistance as well as health diplomacy, while controversial, broke records as the largest single financial commitment to disease eradication on the continent.

Predictably, the Obama administration’s tepid Africa agenda has colored U.S. public diplomacy efforts in Africa. What many fail to recognize, however, is that Sub-Saharan Africa has served as laboratory for innovative outreach using new technology, or what has more commonly been referred to as public diplomacy 2.0. These experiments have typically been the offspring of practitioners working in the field, not Washington-based foreign-policy elites. The U.S. Embassy in Pretoria was one of the first U.S. missions to experiment with social media tools like Twitter and Mxit (a popular mobile-based South African social network). Foreign Policy ranked @USEmbassyPretoria (since renamed @USEmbassySA) among the top 100 Twitterati in 2012. The U.S. Department of State’s Bureau of Public Affairs maintains an Africa Regional Media Hub in Johannesburg, South Africa, which arranges interviews and media briefings and provides video and audio pod casts for African media outlets. In 2011, the VOA launched Congo Story: War, Women and Rape, a crowd-sourced website drawing on first hand testimonies from the women of the DRC to “drive awareness and accountability.” VOA-Mitaani has experimented with web and mobile delivery platforms. The Bureau of African Affairs also sponsored an Apps4Africa business challenge in 2012. These are but a few examples of public diplomacy 2.0 efforts taking place on the continent.

Of course, public diplomacy 2.0 can only go so far. These initiatives cannot and should not replace well-considered foreign policy. The tragedy in Kenya is still ongoing. In the ensuing weeks, the Obama administration’s response as well as follow up media coverage has been largely restricted to focusing on counterstrikes against al-Shabab operatives believed responsible for the attack. Regrettably, sub-Saharan Africa has once again moved to the margins of global news flows and American diplomacy.

Africa remains, however, a dynamic continent, one that deserves more consideration—from both the U.S. media and public diplomacy practitioners working at every level. The current range of public diplomacy 2.0 activities taking place in different African countries represent a first step in leveraging the opportunities for more sustained engagement wrought by the dissemination of new communication technologies across the continent. They may provide critical infrastructure, if and when the Obama and subsequent administrations decide to move away from short-term outreach based on crisis management or furthering U.S. economic or military interests and towards a long-term goal built on collaboration and dialogue with a diverse range of African publics. Understanding the current efficacy and potential applications of these forms of outreach in the African context is particularly important for those of us concerned with improving U.S.-Africa relations.

This is the first in a series of blog posts documenting a larger study on the role of U.S. public diplomacy 2.0 toward South Africa. In subsequent posts, I will expand on the questions raised here by documenting the results of an evolving case study that uses a combination of content analysis and hyperlink analysis to explore how South African issue networks propel and/or respond to this use of social media for U.S. public diplomatic outreach.

[1] Ideally, as these flows intensify, journalists will make use of these information flows outside of crises and when Americans and other Westerners are not present (a factor that arguably played a large role in American coverage of the Kenyan attack).

[3] During the Cold War, African public diplomacy was much more dynamic. Countless American jazz musicians toured the continent under what has been labeled Jazz diplomacy. In the 1980’s as concern over apartheid heightened, the National Security Council launched an interagency Special South and Southern African Public Diplomacy Working Group under the leadership of Ambassador Dave Miller. For more details on USIA activities on the continent, see: Dizard, Wilson P. Inventing Public Diplomacy: The Story of the U.S. Information Agency. Boulder, Colo: Lynne Rienner Publishers, 2004.

It is difficult to talk of the COVID-19 pandemic in positive terms. But, as a growing number of analysts have noted, the crisis provides silver linings as underlying problems are exposed and pathways for resolving...

The Digitalization of Public Diplomacy

Digital technologies are not simply influencing the existing practice of public diplomacy—the field itself has been fundamentally reshaped. Oxford researcher Ilan Manor has authored a new book, The Digitzation of Public...