Home|COVID-19 Heralds the Era of Digital Diplomacy in Africa 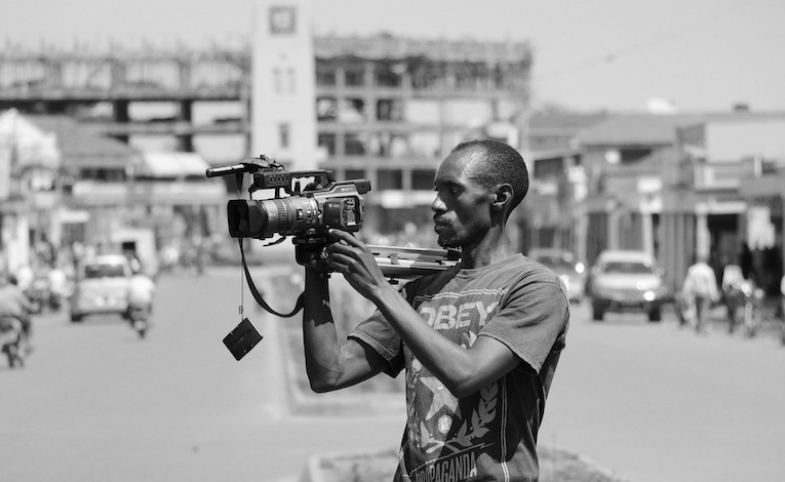 It is difficult to talk of the COVID-19 pandemic in positive terms. But, as a growing number of analysts have noted, the crisis provides silver linings as underlying problems are exposed and pathways for resolving them considered. It would be a waste of the crisis if the opportunities presented for addressing the challenges wrought by the pandemic are not tapped and leveraged.

One such challenge-turned-opportunity for African diplomacy revolves around the failure to deploy and use information and communication technologies. With COVID-19, there has been a sudden and conspicuous uptick in digital diplomacy, a development that might not have occurred in more “normal” circumstances.

Prior to the pandemic, the use of digital platforms by African diplomats was largely mundane and no different from the use of social media by ordinary people. But with COVID-19-inspired restrictions slamming the breaks on physical contact, African nations have been thrown into the deep end of the digital diplomacy pool.

However, it is not as if African diplomacy has completely missed out on the use of digital tools and platforms for diplomacy. The ubiquity of the digital revolution ensured that African diplomats and foreign affairs were co-opted into the use of tools available to all and sundry. Indeed, there have been some flashes of digital diplomacy activity by African diplomats as seen in surveys on Facebook, Twitter and Instagram by African leaders. Most African MFAs and diplomatic missions also use any number of digital tools and have a presence on digital platforms. WhatsApp, for instance, has been used in times of crises as in the cases of African diplomats scrambling to attend to their citizens needs during xenophobic attacks on foreign nationals in South Africa.

However, the use of even the most basic forms of digital diplomacy is an exception rather than a rule. For instance, only a handful of African leaders such as Kenya’s Uhuru Kenyatta, Rwanda’s Paul Kagame and Ghana’s Nana Akufo-Addo are consistently active on social media.

Casting an eye on African MFAs and embassies, it is evident that messaging via Facebook pages and Twitter accounts is either erratic or altogether missing. The MFA and embassy websites are poorly designed and rarely updated. The diplomatic activity on search engine platforms such as YouTube and Google and the professional platform, LinkedIn, shows a very light footprint.

There are a couple of other examples that show that African diplomacy had, for the most part, been stuck in the old paradigm based on the use of conventional communication channels. Just a couple of weeks into the pandemic, and it became evident COVID-19 has triggered unprecedented change.

From South African President Cyril Ramaphosa’s attendance of the G20 meeting in March to virtual conferences by the leaders of the East African Community and Economic Community of West African States, Africa has leapfrogged into the era of virtual diplomacy.

If African MFAs and embassies were unsure, averse or phobic to some of the sophisticated digital diplomacy approaches, then the pandemic left them no choice but to sink or swim. For instance, African officials ranging from presidents and foreign ministers to ambassadors and senior officials have been forced to attend multilateral and bilateral meetings and conferences virtually. While some African diplomats may have been previously constrained to attending one-off random video and tele-conferences, this has now become standard practice.

Within a short span of time, Africa has moved from witnessing some of the inaugural virtual meetings involving leaders, to getting used to these meetings as conventional. From South African President Cyril Ramaphosa’s attendance of the G20 meeting in March to virtual conferences by the leaders of the East African Community and Economic Community of West African States, Africa has leapfrogged into the era of virtual diplomacy. On May 25, the fifty-seventh Africa Day, a popular event throughout the continent set aside to commemorate the spirit of Pan-Africa, was held virtually.

Ideally, African diplomats would be more formally introduced to the foundational concepts, theories and methods of digital diplomacy while at the same time acquiring some easy-to-deploy skills. This suggests short-term training for the diplomats at the coalface of digital diplomacy in the wake of the pandemic. Thus, MFAs and, more so, diplomatic academics should take charge, working with academics and seasoned digital diplomacy experts. In the longer term, there will be needs for the development of digital diplomacy courses and enhancement of research in the field in cognate university degree programs. Fortuitously, MFAs have an active network in the African Diplomatic Academies, Universities and Research Institutes, which could champion the training agenda.

African governments will have to develop strategies and policies if they are to effectively and efficiently leverage digital diplomacy beyond virtual conferencing. When thoroughly thought-through and diligently implemented, digital diplomacy policies would have a variety of interconnected benefits. For starters, the problems of inconsistencies, unpredictability and standards of digital communication would be addressed. African MFAs would learn from both the strengths and weaknesses of digital diplomacy from counterparts who have had a head start. They would be able to figure out how to domesticate practices that coalesce with African circumstances in line with foreign policy objectives. All this would herald a new era in which African nations are communicators in the international arena rather than perpetually complaining about being on the receiving end.

The pandemic has had its toll on African nations from the creeping militarization of containment measures to newly emerging economic hardships. However, it is increasingly evident that African nations have managed the pandemic fairly well against the backdrop of gloomy predictions from March and April 2020. For these narratives of resilience to gain traction globally, digital diplomacy tools would have to be implemented in a more systematic way. More importantly, virtual conferencing has shown that Africa can adopt and adapt fairly fast to the new normal of global diplomacy.

Photo by Charles Nambasi via Pixabay

Bob Wekesa
CPD Blog Contributor
Research, Partnership, and Communications Coordinator at the African Center for the Study of the United States
YOU MIGHT BE INTERESTED IN...

Bob Wekesa
CPD Blog Contributor
Research, Partnership, and Communications Coordinator at the African Center for the Study of the United States