Recently, I went to see World War Z, a typical Hollywood blockbuster with a fairly typical theme--ZOMBIES. Now a quick note to all you non-film buffs out there, zombie films are never about zombies, they are about the societal pressures of the day. (Spoiler Alert) This film obviously made statements about the ills of our planet, and the basic premise of the film was not anything new. A virus mutated, no one knew the origin, and it began to spread; entire cities across the globe were wiped out, and people turned into zombies. There doesn’t seem to be any hope of survival except for Brad Pitt, a U.N. soldier of sorts, who must save the world.

None of this offers any brilliant insights about our society in 2013. There was, however, a notable choice in this film that surprised me. The screenwriters chose one country that was successfully keeping out the zombies: Israel.

Aerial shots of Jerusalem filled the big screen, along with a giant concrete wall built along the Green Line. We saw security checkpoints at the entrance to Israel but in a very different context than the typical portrayal of checkpoints. These giant walls and security measures were seen as safety, salvation, and stimulated a positive feeling in the audience. Israel became a refuge for all of humanity, not just Jews and Israelis but Palestinians and anyone who made it to the gates of the country without being infected. We saw strong women fighting for safety, we heard a brief history of Israel and the Jewish people, and we were given insights into the Israeli mentality. For me this choice alluded to the Isaiah 42:6 passage in which God says to the Jewish people that they should be “A light unto the nations.” While these moments made me smile--and the writers did a fine job of highlighting Israel’s positive attributes in mere seconds, there was still something more important coming through the big screen. It was the waving of the Israeli and Palestinian flags with all of the people, Jewish and Muslim, Orthodox and Secular, dancing and singing the Hebrew peace song and prayer... 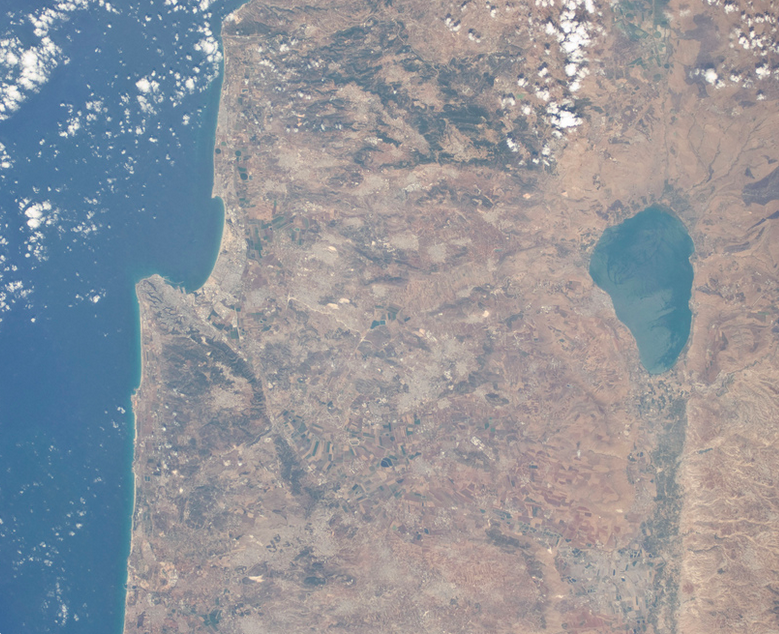 This scene, I joked, demonstrated to the audience what could solve the Israeli-Palestinian Conflict -- a zombie virus outbreak that was infecting the entire planet. It sounds outrageous, but in thinking about it a little more I came to realize these screenwriters were on to something. Could it be that they were trying to argue that only an external power of enormous magnitude could solve the Conflict? They must have been trying to say something or why would they have been so detail oriented on Israeli history and capabilities? Why would the people together be singing a song of peace? Why would the writers provide a brief history of the Jewish people and Israeli statehood? Why would they shed light on the Israeli mentality? To answer these questions, we must take a look at both the current state of the Conflict and a theory that could explain why a zombie apocalypse could in fact, create peace between Israelis and Palestinians.

The Israeli and Palestinian governments have been at a stalemate for more than a decade, yet among Middle East experts it is common knowledge that everyone knows what a peace agreement would look like. As Aaron David Miller, Middle East expert at the Woodrow Wilson Center said on NPR recently, “Look, you could have an agreement. If Benjamin Netanyahu and Mahmoud Abbas were prepared to pay the price of what it would cost.” Right now, that price is too high. The societal pressures placed on both leaders make it politically unfavorable to resolve the conflict. The status quo is better than the unknown. The final status agreement will take tremendous strength, political capital, as well as the will of the people, but that is not what is frightening -- it is what comes next. How do the people shift their beliefs, mentalities, erase their fears, the hatred? How do they live in peace with their neighbors? How can overnight, their typical behaviors and way of thinking shift when their leaders sign a piece of paper...a peace treaty. The “next” is harder than the agreement.

So what does this have to do with zombies? Well, zombies are a metaphor for a great external power that forces populations and governments to dramatically shift their behavior overnight. The only way to go from conflict to peace overnight is through a forced shift in the normative behavior of the elites and publics to change national interests, ingrained belief systems, identity, involuntary reactions to “the other”, negative stereotypes, and many other small but significant social and cultural cues.

This behavioral shift can be caused and is explained by socialization theory in an international context developed by Ikenberry and Kupchan. It can be conceptualized as a process which norms and ideals are shared between parties (Ikenberry & Kupchan, 289). According to their first hypothesis in Socialization and Hegemonic Power,

socialization occurs primarily after wars and political crises, periods marked by international turmoil....the simultaneity of international and domestic instability creates the conditions conducive to socialization....At the domestic level, crisis creates an environment in which elites seek alternatives to existing norms that have been discredited by events and in which new norms offer opportunities for political gains and coalitional realignment (Ikenberry & Kupchan, 284).

In other words, zombies are taking over the world, there is international chaos, and instability across the globe; or, an external challenge of enormous magnitude. The zombies forced existing behaviors to change. For Ikenberry and Kupchan, this change can occur in the international relations context through three different means “normative persuasion, external inducement, and internal reconstruction” (Ikenberry & Kupchan, 290).

When socialization occurs through external inducement, the hegemon initially uses economic and military incentives to induce smaller states to change their policies. This manipulation of the preferences of elites secures compliance through coercion....Belief in the normative underpinnings of the system emerges gradually as elites seek to bring their policies and value orientations into line. This is a case of "acts before beliefs" (Ikenberry & Kupchan, 290-1).

While a zombie apocalypse does not quite fit the traditional model of a hegemonic power, it is an external inducement, a great power that forced governments and publics to act and change their normative beliefs.

Does this mean that unless a zombie virus breaks out and Israel becomes a safe haven, we won’t have peace between Israelis and Arabs? I’m not such a skeptic. This is where public diplomacy remains a key factor in shifting behavior over time--normative persuasion, and laying the foundation for a slow and steady migration towards a true peace, instead of needing an external crisis to force the behavior shift overnight. Peace activists, public diplomats, and ordinary citizens of both Israel and the future Palestinian state must continue to listen and learn from each other, find the commonalities and overcome fears....or pray for Ebola, the bubonic plague, flesh eating bacteria...or, clearly, a zombie apocalypse.