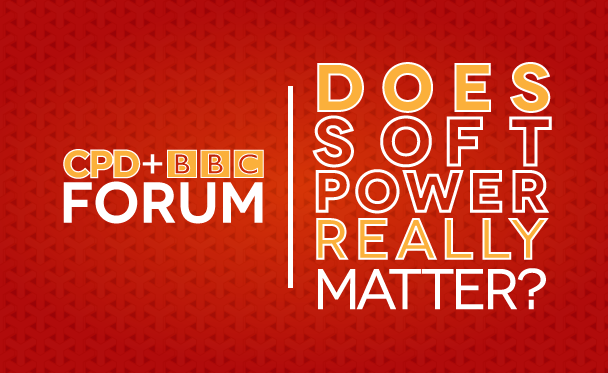 The term “soft power” has gained global prominence over the last two decades. It refers to the ability of a state to get others to do what it wants by the power of attraction rather than by coercion or “hard power,” which can be the use of, or threat of the use of, military power or economic sanctions. A whole series of recent global events seemed to show how it is hard, not soft, power that states are turning to to pursue their national interests – like the Russian annexation of Crimea and the destabilization of Ukraine, the return of power rivalry between China and Japan, competing territorial claims in the South China Sea, and of course the turmoil in the Middle East. So, is “soft power” still relevant? And what is the nature and utility of American soft power – which is widely recognized to be number 1 in the world – while hard power is making a comeback as the relative balance of power in the world shifts against the U.S.?

The discussion was moderated by BBC host/presenter, Ritula Shah, included a Q&A with the audience and was recorded for broadcast for the BBC’s The World Tonight and as a special debate on the BBC’s World Service.

To read the transcript from the event, please click here.

To read the story in the USC Daily Trojan, please click here.

To view pictures from the event, please click here.