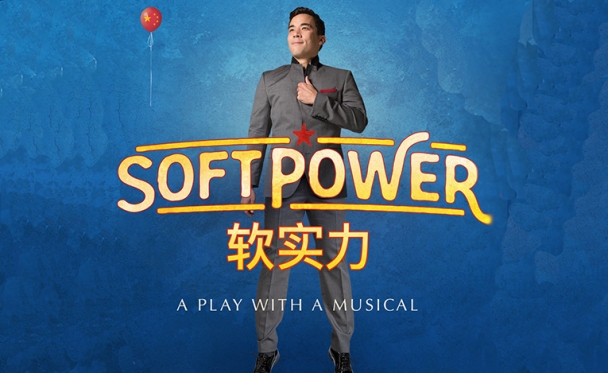 A Conversation with the Playwright

Tony Award® winner David Henry Hwang ("Yellow Face," "M. Butterfly") joined CPD and Center Theatre Group to discuss the inspiration behind his upcoming world premiere of "Soft Power," which begins at the Ahmanson Theatre May 3, 2018. Hwang discussed his many collaboration, including this one with with Tony Award-winning composer Jeanine Tesori ("Fun Home"). A dialogue with Sasha Anawalt, Professor and Director of USC Annenberg's Arts Journalism, took place about how Hwang translated China’s interests in achieving soft power into this new piece of theatre for Los Angeles audiences.

David Henry Hwang is a playwright, screenwriter, television writer and librettist, whose stage works includes the plays "M. Butterfly," "Chinglish," "Yellow Face," "Kung Fu," "Golden Child," "The Dance and the Railroad," and "FOB," as well as the Broadway musicals Elton John & Tim Rice’s "Aida" (co-author), "Flower Drum Song" (2002 revival) and Disney’s "Tarzan." Hwang is a Tony Award® winner and three-time nominee, a three-time OBIE Award winner, and a two-time Finalist for the Pulitzer Prize in Drama. He is also America’s most-produced living opera librettist, whose works have been honored with two Grammy Awards, and he co-wrote the Gold Record "Solo" with the late pop star Prince. Hwang is currently a Writer/Consulting Producer for the Golden Globe-winning television series "The Affair," and his screenplays include "Possession," "M. Butterfly," and "Golden Gate."

He serves as Head of Playwriting at Columbia University School of the Arts, and was recently named Chair of the American Theatre Wing, which founded and co-presents the Tony Awards. A Broadway revival of "M. Butterfly," directed by Julie Taymor, is slated for next season, and his newest play with music, "Soft Power," with composer Jeanine Tesori ("Fun Home"), to be directed by frequent collaborator Leigh Silverman, will premiere in early 2018 at Los Angeles’ Ahmanson Theatre.

Sasha Anawalt is an acclaimed critic, writer and media entrepreneur. She co-founded USC Annenberg’s Arts Journalism master’s program in partnership with the university’s arts schools in 2008. Anawalt was chief dance critic for the Los Angeles Herald-Examiner, KCRW (NPR’s affiliate in Santa Monica) and for L.A. Weekly, where she was the alternative weekly’s first-ever dance critic. Her book, a cultural history, The Joffrey Ballet: Robert Joffrey and the Making of an American Dance Company was called a “milestone in dance writing” by The New York Times. It spent two weeks on The Los Angeles Times Bestseller List for Non-Fiction. A documentary film about the Joffrey Ballet, based on her book, aired on PBS American Masters in January 2013.

Anawalt built and ran the USC Annenberg/Getty Arts Journalism Program for 13 years as its founding director, identifying numerous arts journalists before much of their national fame and glory, such as Siobhan Burke, Nate Chinen, Jace Clayton, Daniel Hernandez, An Xiao Mina, Carolina Miranda, Neda Ulaby, Alissa Walker and Douglas Wolk, among others. More