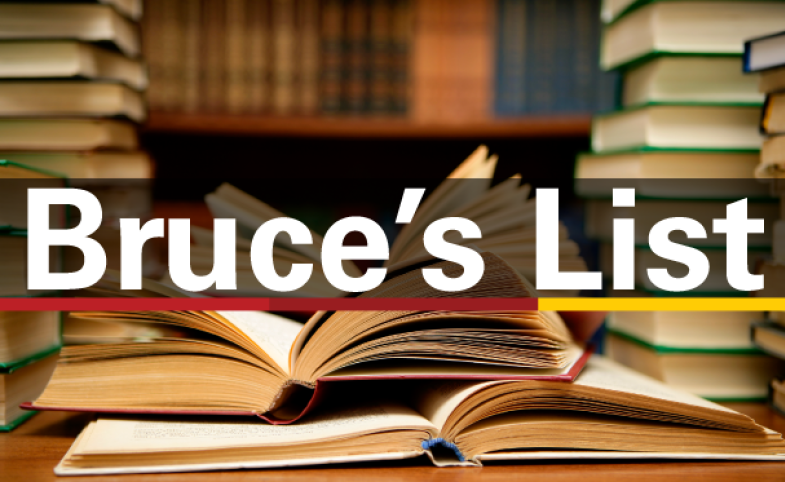 The November edition of Bruce Gregory’s public diplomacy reading list is now available. Known affectionately at CPD as "Bruce's List," this list is a compilation of books, journal articles, papers and blogs on a wide variety of PD topics, and features a number of CPD scholars. Highlights from this edition include:

Romit Kampf, Ilan Manor, and Elad Segev, “Digital Diplomacy 2.0? A Cross-national Comparison of Public Engagement in Facebook and Twitter,” The Hague Journal of Diplomacy, Volume 10, Issue 4, 2015, 331-362. In this cross-national comparison of digital diplomacy, Kampf, Manor, and Segev (Tel Aviv University) examine “the extent to which dialogic communication is adopted by foreign ministries in terms of content, media channels and public engagement.”  Based on an analysis of the Twitter and Facebook content of eleven foreign ministries during a period of six weeks, they conclude: (1) “engagement and dialogic communication are rare,” (2) occasional engagement “is quarantined to specific issues,” and (3) most content consists of press releases targeting foreign rather than domestic populations.

Shawn Powers and Ben O’Laughlin, “The Syrian Data Glut: Rethinking the Role of Information in Conflict,” Media, War, and Conflict, SAGE, 2015, 1-9.  Powers (Georgia State University) and O’Laughlin (University of London) challenge the argument that an abundance of information and the free flow of information are “peace inducing” when political actors are at war. Greater access to information may reduce misunderstanding, increase trust, and mobilize conflict resolution pressures before conflicts occur.  They also may help to end conflicts.  But as the Syrian case shows, they argue, greater access to information during a conflict “is ineffectual at best . . . and potentially dangerous.”

Michael Reinprecht and Henrietta Levin, Democratization through Public Diplomacy: An Analysis of the European Parliament’s Reaction to the Arab Spring, CPD Perspectives, USC Center for Public Diplomacy, October 2015.  Reinprecht (retired EU official and Austrian diplomat) and Levin (Presidential Management Fellow, US Department of Defense) analyze attempts by the European Parliament (EP) to use public diplomacy “to influence and reinforce some dimensions of the Arab Spring.” They explore the comparative advantages of the EP as a public diplomacy actor relative to traditional diplomatic actors, as well as the “significant weaknesses” in the EP’s approach to the Arab Spring. Going forward, they recommend that the EP (1) give greater attention to “accepting components of others’ worldview,” (2) do more to incorporate the values of others in future public diplomacy initiatives, and (3) “prioritize precise, achievable projects that leverage” the EP’s strengths.

First ladies have long been an important part of a nation’s public diplomacy. Now their role is ever more pronounced. In this regard, China’s first lady invites special attention as the country actively courts international...