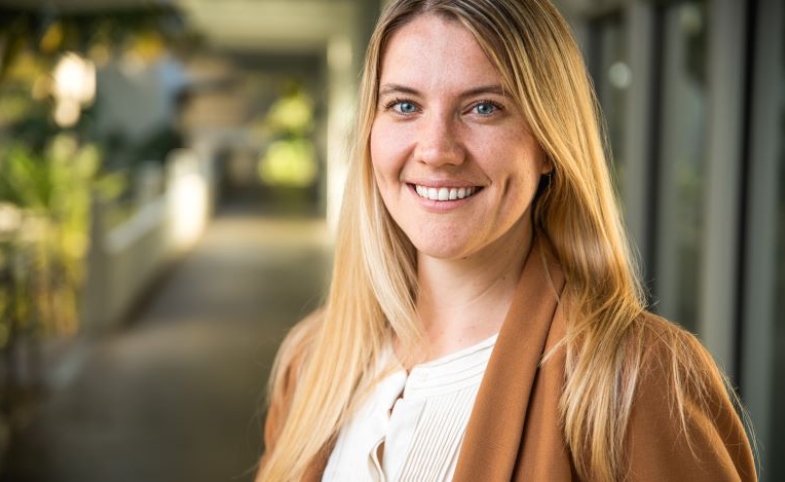 Anne Searcy is an Assistant Professor of Music History at the University of Washington, where she researches the intersections of music, politics, and dance. Dr. Searcy’s first book, Ballet in the Cold War: A Soviet-American Exchange, was published by Oxford University Press in fall 2020. She has also published articles on the ballet Spartacus and the musical Hamilton.

1. How did you first become aware of the ballet exchange during the Cold War?

I had already known about cultural diplomacy in general, but I read about the Cold War ballet exchange specifically in Jennifer Homans's book Apollo's Angels. She described a tour by the Bolshoi Ballet in the United States in 1962 when the company performed a version of Aram Khachaturian's Spartacus in a production by Leonid Yakobson. The American audiences booed and the critics called it old fashioned. I was stunned, because I had seen that very production the year previously when I was studying in St. Petersburg, and it was a very interesting and compelling ballet. When I read Homans's book, I had to understand that moment. I had to know why the American audience reacted the way it did to this ballet.

2. Why is the topic still relevant and important?

For a few reasons. First, the U.S. State Department and other countries continue to use cultural diplomacy. It's important to understand how cultural diplomacy functions and particularly to study it from a two-way perspective, using sources on both ends, so that we understand how it is received as well as how it is planned. More specifically related to the topic of U.S.-Soviet exchange, the relationship between the United States and Russia has deteriorated considerably in the last decade. It behooves us to understand that relationship. And finally, from an arts perspective, the Cold War is deeply embedded in the way that we understand, watch, and perform ballet.

3. You write that there is an assumption of the universality of ballet and music, while in reality cross-cultural reception is a process of transliteration. Could you expand on this idea?

People have the tendency to imagine that when we consume art we all experience the same thing. But this is not true; instead, when we experience art we bring our own past experiences and knowledge. We engage with the art by comparing it to other works we've seen or to lessons we've learned about art.

As an example, imagine a Soviet ballerina, an American choreographer, and an American lawyer watch a performance of Swan Lake. These three people would hopefully all love Swan Lake, but they would love it for different reasons. The Soviet ballerina might notice how well the lead dancer deals with the technical challenges. The American choreographer might think about how well the group dances were arranged in relationship to the music. And the lawyer might love the way the music in Act IV expresses the pain of the main characters.

In the Cold War ballet exchange, those types of differences were very strong, because dance communities in the United States and Soviet Union each had their own way of looking at and appreciating ballet. Those two different ways of looking at ballet were very much at odds with one another. American choreographers valued the relationship of music to choreography and to a lesser extent valued creative ways of moving the dancer's limbs and torso in relation to one another. And Soviet dance experts valued the relationship between story, music, and dance. So when, for example, the Bolshoi Ballet performed their version of Spartacus in the United States, they thought American audiences would appreciate the way the music and dance together told an epic story about courage, with music and choreography that used very detailed and exciting ways of expressing meaning. But American audiences were simply not primed to see those things, and to them the work did not even look like a ballet. The dancers weren't even wearing pointe shoes! They were wearing flat sandals to look like Roman characters. To those American audiences, the thing that Spartacus looked most like was a Hollywood epic film, and they could see Ben-Hur at the cinema for a couple of dollars. So to those American audiences, this work completely failed any test of what good ballet should be. They booed it, and the work's remaining performances in the US ended up being cancelled.

4. How has the Cold War shaped ballet today?

The Cold War shapes ballet today in so many ways. To start with the United States, most American dance fans still think that short, abstract ballets that focus on music are inherently better and more modern than longer ballets with a story. But at the same time, the Cold War led a lot of American dance companies to start performing the longer 19th-century story ballets like Swan Lake. Before the Soviet companies started touring the U.S., there weren't any American companies performing a full Swan Lake, or almost any other longer 19th-century Russian ballets. The popularity of those classical works on the Soviet tours persuaded Americans to start performing them. And the enormous attention that the cultural diplomacy tours garnered made ballet more prominent in the U.S.

In Russia, ballet companies today are more even-handed in performing shorter, music-focused ballets and longer story ballets. But they still often call the shorter, abstract ones "European" or "Western." And the state still supports numerous ballet companies and sends them on tours for cultural diplomacy purposes.

Elsewhere in the world, there were a lot of national ballet companies founded or very heavily reorganized during the Cold War, often with the help of Soviet or American experts. I'm interested in exploring that development in future research projects.

5. What surprised you in researching and writing this book?

I was continually surprised by how complex and strange Soviet ballet of the 1960s was. Even though that was what drew me to this topic, I still grew up in an American ballet culture, and so it was still pretty ingrained in me that Soviet ballet was dull. It took a few years before I stopped being surprised every time I saw a Soviet ballet and noticed interesting or innovative aspects of it.