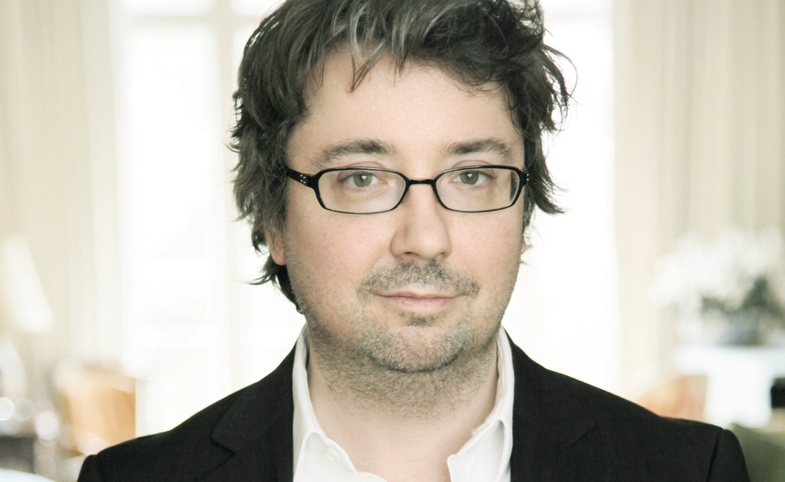 Nigel Cliff is the author of "Moscow Nights: The Van Cliburn Story-How One Man and His Piano Transformed the Cold War." He is a Fellow of both Harris Manchester College, Oxford and the Royal Literary Fund. Cliff’s previous books include "The Shakespeare Riots" and "The Last Crusade: The Epic Voyages of Vasco da Gama," as well as a new translation and critical edition of Marco Polo’s "The Travels."

How did you land upon the story of Van Cliburn as a framework for discussing the Cold War?

I was fascinated by the idea of this innocent, overgrown kid turning up in Moscow in 1958 to play the piano, only to discover that his shock victory in the first Tchaikovsky Competition made him a politicized figure on both sides of the Iron Curtain. I was equally intrigued to discover how Van dealt with his unique status as a beloved icon to Americans and Soviets alike, and the extent to which he was encouraged, thwarted, or exploited in his attempts to act as a musical ambassador. From the start I knew the book had to be as much about the Cold War as about Van: it was the political chasm he stepped into that transformed him from a competition winner into a global icon and that lends his story its personal, cultural and political richness. Crucially, Van was close to Russians of every level, from Khrushchev and Mikoyan to regular fans: that gave me the opportunity to create a multilayered and unusually intimate picture of the Cold War and give it, so to speak, a human face.

Why is Moscow Nights crucial reading for students of public diplomacy?

It opens up the question of how much a non-political player can really influence international relations. The fact that the Tchaikovsky Competition took place at such a pivotal moment – six months after Sputnik, when Khrushchev’s Thaw was just beginning and the Soviet leader was still an enigma to the West – throws the issue into unusually high relief. I’m very clear in my book about the limited read-through from cultural thaw to political change; indeed, Van was effectively shut down at times both by the State Department and by the Brezhnev regime. And yet, those moves in themselves indicate the potential of cultural diplomacy to send political signals. It’s equally possible to underestimate Van’s influence on the Soviet people, as the first regular American many got to know and love, and crucially, as a modest, politically guileless Westerner who admired their culture rather than a subversive figure who appealed to rebels. Several Russians insisted to me that Van’s impact on the Soviet Union in those years was equaled only by the assassination of JFK. Taken together, I think it’s possible to state that Van’s many interactions with the Soviet Union did change the two nations’ images of each other, even if other people set the circumstances.

When in the process of researching this book did you realize that U.S.-Russia relations were taking on a new urgency? Were you surprised?

I was certainly surprised that a book I’d envisaged as a window onto a recent but vanished era ended up taking shape amid talk of a new Cold War. That undoubtedly gave a sharper edge to the narrative. The Ukraine crisis blew up halfway through my research, and when I made my first trip to Moscow shortly after Russia’s annexation of Crimea, a few doors suddenly slammed shut. One interview was cancelled with assurances that Russia would always be a friend to her friends, regardless of the lies spun by Western governments. Luckily many people were still keen to celebrate this story of cross-cultural friendship; one of the most touching parts of writing this book was the way many Russians, from hotel receptionists to embassy officials, lit up at the mention of Van’s name. Of course, the latest political developments in Washington and Moscow give extra piquancy to the story and make me wonder how it will now be read.

What role might there be for an American or Russian cultural ambassador like Cliburn in easing international tensions in 2017?

Van’s specific impact was unique to the time. He arrived in the Soviet Union when it had been cut off from the West, particularly by Stalin’s retrenchment after the Second World War. He played Russian music like the Russian romantics used to, and Russia was stunned to discover that a tall blond Texan could speak to them on their own terms. In today’s interconnected world, that degree of surprise is unlikely to be repeated. Yet in a new world of political instability, the slow-drip of cultural diplomacy and people-to-people exchange is surely as valuable as it was during the Cold War; it might be an unquantifiable commodity, but that’s precisely what raises the possibility of a figure as unpredictable as Van Cliburn himself was. As with Eisenhower, who launched so many of the U.S.’s exchange programs, my feeling is that soldiers know this better than many politicians.

While the advent of social media, texting, video chatting, etc. has changed the way we interact with people all over the world, the era of offline exchanges isn’t over. If anything, online networks merely bolster the value...