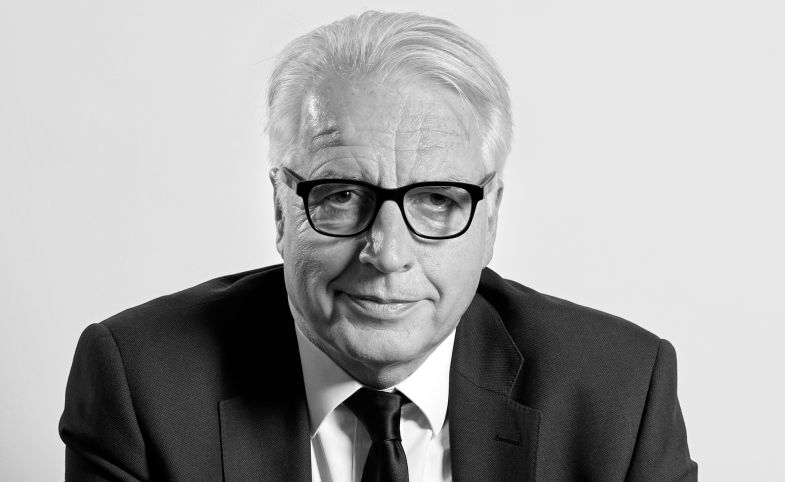 Martin Roth was director of the Victoria and Albert (V&A) Museum in London. Before joining V&A in September 2011, Roth was director general of the Dresden State Art Collections (Staatliche Kunstsammlungen Dresden) in Germany; director of thematic exhibitions at the 2000 World Expo in Hanover and a member of the German Ministry of Foreign Affairs’ Advisory Board in Berlin. In September 2016, Roth announced that he will be stepping down as head of the V&A. In October 2016, CPD spoke with Roth about the role of arts in public diplomacy, his concern about the "new nationalism" sweeping across Europe and the impact of Brexit on cultural institutions.

Decidedly a world-class museum of art and design, the V&A prides itself on being an international organization with strategic cultural partnerships in China, Venice and beyond. Can you describe a particularly successful example of a mutually enriching exchange under your tenure?

I would say that one of the best examples is the Museum’s current project in Shekou. In 2014 we entered into a new type of collaboration with China Merchants Group and CMSK to support their plans to create the first major museum platform dedicated to design in Shenzhen, South China. This will come to fruition next year with the opening of Design Society, which will encompass the new V&A Gallery, Shekou and will present series of V&A touring exhibitions. It’s important because it represents a new way of working for the Museum. It’s not just about sending V&A exhibitions to China, but rather working together to create something new and relevant to us both. In working together, they learn from us and our expertise and vice versa. The collaboration is essentially a test-site – the V&A Gallery has an initial term of five years – which will allow us to develop practice-based research and experiment with different approaches to learning and audience engagement. By taking part in the development of a new cultural institution we have been able to develop ‘research in action’, engage in a productive cross-cultural dialogue, meet new audiences and grow our collection with objects acquired specifically for the gallery.

Having led the V&A Museum for the past five years, and having held senior positions at the Dresden State Art Collections and the Expo 2000 in Hanover, what do you see as the role of the arts in building important and lasting cross-cultural connections?

To be honest, today I would say zero. I say this because of the current global political situation. I always believed in enlightening interest in other countries, which is so vital for promoting tolerance. Now anti-Muslim behaviour and attitudes are sweeping across Europe and America. You don’t need me to point out the implications of what Trump says, or point to the rise of anti-Muslim sentiment on account of the actions of extremist groups like ISIS. That is why exhibitions like You Say You Want a Revolution? Records and Rebels 1966-1970 (currently on at the V&A until 26 February 2017) are so important. Revolutions remind us of all that was achieved fifty years ago with regards to tolerance, solidarity, equality and compassion, and – more importantly – all that we stand on the precipice of losing if we don’t do something and institute a moral check of our constitution.

Given this year's Brexit vote, what do you see as the impact on arts/cultural organizations in the UK?

Sure, there will be implications. I cannot see how there won’t be. Arts and culture is multi-culturalism. We need to be open to all and to attract the best designing, making and professional talent from across the globe. It’s about open dialogue and collaboration. How can that happen in a society that blames immigration for the country’s shortcomings? Just look at what the British Prime Minister Theresa May said in her recent speech at the Conservative Party conference in Birmingham. It starts like this and before long it spirals into outright xenophobia.

As you prepare to move on from the V&A this autumn, what are some of your plans for the next chapter of your life?

I’m looking forward to improving my golf, skiing and language skills. Joking aside, on a professional I would like to be more engaged with NGOs. I am deeply concerned by this "new nationalism" that is sweeping across Europe. One need only look to the rise of right-wing movements such as the AFD party and Pegida in Germany, the National Front in France, and even youth movements such as mouvement identitaire. We have to be responsible enough to take action. If we don’t then who will? Next year I will become President of IFA (Institut für Auslandsbeziehungen), a German organisation which works with NGOS to promote art and cultural exchange and foster contact between people and cultures across the world.

What advice would you give to an aspiring public diplomat interested in working in an international arts/cultural organization?

That’s a great question. I would say young diplomats should be part of the preparation of a collaborative exhibition project with an institution overseas. Like with the V&A’s Shekou project. It’s so important to see and experience in practice how organisations can work together and learn from one another. It’s not an easy process, as more often than not the institutions have very different perspectives and initially approach things from very different points of reference, but working through the process together is extremely enlightening and rewarding. I really do believe that we are stronger together.

This photograph by Thierry Bal has been modified by CPD

The 2012 image of Britain’s new Foreign Secretary, Boris Johnson, waving the Union Jack while haplessly snagged on a zipline above London, seems an apt image for the situation he has inherited, and indeed played a major part...