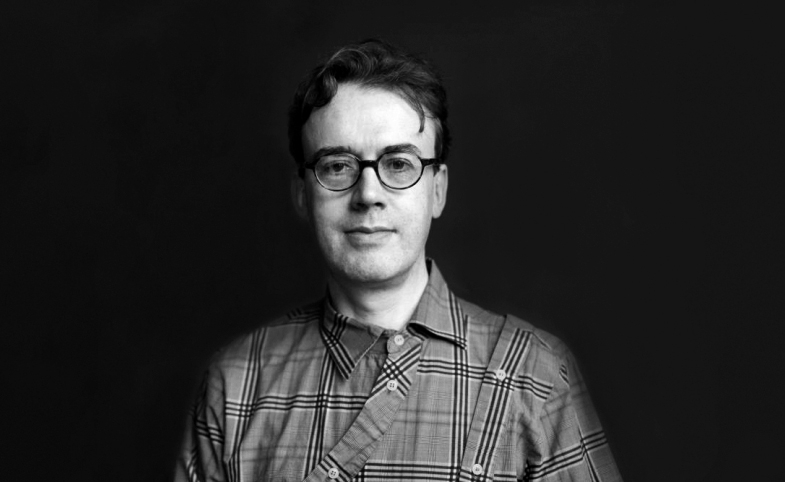 CPD sat down for an illuminating conversation with Sir Jonathan Mills AO, prominent composer who directed the Edinburgh International Festival for nearly a decade. Known for championing creative expressions of culture that bring people together, the artist and thought-leader shared insights into cultural diplomacy of the past, present and future, musical harmony as a symbol of diplomacy, and more.

The Festival’s fourth International Culture Summit that attracts delegations from dozens of countries and is directed by Mills, takes place August 22-24. The following Q&A is excerpted from a longform interview.

You directed an esteemed international cultural and arts festival for nearly ten years. What changed over time, and what did you learn along the way?

When I came to the Festival, there was a genuine desire by the board and trustees to engage with me to think about, what is the Festival? In that moment in 2007, what did it represent?

I went back in time to the festival’s founding principles in 1947 and attempted to show how they are highly relevant today. The Edinburgh International Festival was established in the immediate aftermath of the Second World War at a time of enormous dislocation and nervousness in the world. And so, a group of concerned citizens in Edinburgh thought that perhaps if we knew more about each other, perhaps if we knew more of each other’s songs, perhaps if we knew the world from another perspective, then we would be a little more tolerant, more reluctant to bear arms and kill each other. And out of those ashes of a civilization that nearly killed itself, something interesting was reborn.

I think in that atmosphere, a whole range of discussions and decisions were made that reverberate today. In 2007 when I started, the world was completely and fundamentally transformed. My challenge was to suggest that whereas the notion of an international celebration of culture is well-established, it is important to assert that the specifics of that challenge needed to change in a much different world. We needed to make sure we didn’t become complacent and say: Oh yes, we are an international festival and stick our head in the sand of European cultural hegemony. Instead, we had to go out and find connections, seek common causes, seek ideas that live in different places.

So my challenge to myself and to others who judge whether I achieve this, is to suggest a way of planning a festival that is both universal and European in outlook, embracing cultures as different and as distinct as those of Asia, Africa, North, South and Central America and to look at culture not just in terms of language and artistic output, not in terms of the classics even or popular culture, but actually to start to think about culture as something much more embedded in a way of living, a way of being, a philosophy, a creed and a belief system.

There are certain universal ideas that culture connects us to, and culture leads us to understanding other people and their perspectives. To understand “the other” in the true philosophical meaning of that word, not in a patronizing way, to embrace “the other” is an adventure in true civility that we should all embark upon.

What role do festivals play in cultural movements today? What might the future hold?

I really think it’s important to make a distinction between organizations or entities that call themselves festivals and those probably more rare examples that really are festivals. The most popularly acclaimed festival in terms of its media profile in the world today—although very ancient in its lineage—is the Olympic Games. The great festival that starts on Mount Olympus, was in its original manifestation a celebration not just of sporting or athletic prowess but actually a parallel celebration of the virtuosity of musicians and particularly epic poets. Cultural diplomats would recognize the Olympic ideals where warring nations come together rather than killing each other, to celebrate each other’s skill and virtuosity. How much better it is to celebrate and respect what’s great about ourselves than to get either jealous or fearful of that particular impulse.

I think there is a sense in which the best festivals manage to renew. They can be continually renewing themselves in the way that the Hajj or the Kumbh Mela continue to renew themselves over thousands of years. But there has to be something a bit core to the festival experience: a ritual or an idea that is bigger than the individual.

Edinburgh in those dark years after 1945, had a very particular suggestion to do with European culture, and the idea that surely we should start to recognize, respect and rejoice in other European cultures. And wouldn’t that respect, recognition and rejoicing be better than the wholesale slaughter and annihilation of what was great about all of us? The transformation of a sleepy city like Edinburgh, that suddenly becomes alive, with 27,000 artists performing from all parts of the world—80 or 90 different cultures or sovereign nations—is a very clear example of how even the most unprepossessing places can be completely transformed by the activities of a festival. But there has to be something at the core of a festival experience—a ritual, or an idea that is tapping into a zeitgeist, an atmosphere, a collective aspiration. I think the moments of authenticity are key—people know when the festival is genuine or when it’s contrived.

What challenges might practitioners of cultural diplomacy face, when turning to festivals that showcase arts and culture as means for diplomacy?

Cultural diplomacy has one very, very fundamental challenge. If you accept that the greatest diplomats are those that are functioning at the center of power, I think what you have to recognize is that the festival challenges the nature and the hierarchy of power. A great diplomat finds the solution to maintain power in a way that is sustainable while a great festival director is a disrupter.

The diplomat may not be a great festival director, but the great diplomat will understand the need for the festival impulse. And, although the festival director may be anything but diplomatic, he or she will recognize the skills of the diplomat, particularly in navigating and negotiating the space between the cultures that are known to us and those that are unknown. In that negotiation and that tension is a really interesting dialogue and a discussion to be had about the relationship of the festive and the diplomatic.

By training, you are a composer. How has your artistic profession and practice informed your understanding of cultural values and the role of culture in a fractured world?

And, so for me one of the great examples is, how can we, using nothing more than our own body—singing—find ways in which we are in tune with each other? We are attuned to our environment. Are we in tune with our neighbors? How do we tune the world according to a way that might actually be sustainable? Those are the values, and those are the skills that I bring as a musician to my work. I’d like to think that I compose my festivals rather than plan them.

I would give students of public diplomacy some quite strategic advice: they should find solutions to diplomatic challenges from beyond the more conventional ways of thinking about diplomacy.

What do you do when there is no precedent to the problem that confronts you? And I don’t know that there is a simple answer to that. But what I know is that the simple answer is not to continue to look within the increasingly conventional and constrained ways of problem solving that mainstream politics keeps serving up.

In a world being remade and reimagined by a whole range of artists and scientists and technologists, we need to not think we’ve got to fit this new invention into our pre-existing framework. Instead, we should think what framework would best serve and support these new ideas and the fundamentally revolutionary ideas of the world that are evolving.

The networked world can’t be approached like the telecommunications of 50 years ago. So I think the really interesting students of public diplomacy should understand what the public space becomes in these changed circumstances. And these circumstances are economic, they’re social, they’re scientific and they’re philosophical and artistic.

When Cultures Come Together

This August 22–24, cultural ministers, politicians and arts leaders will converge in Edinburgh, Scotland for the fourth International Culture Summit. Drawing delegations from over 40 countries, this year's theme is about...

While the advent of social media, texting, video chatting, etc. has changed the way we interact with people all over the world, the era of offline exchanges isn’t over. If anything, online networks merely bolster the value...