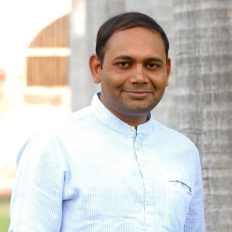 Abhay K. is an Indian poet-diplomat. He received the Gov 2.0 Award 2011 on behalf of the Public Diplomacy Division, Ministry of External Affairs, India. Winner of the SAARC Literary Award 2013 and nominated for the Pushcart Prize 2013, he is the author of eight books, including six poetry collections. He has contributed to a number of poetry anthologies. His poems have been translated into a dozen languages and published worldwide in literary journals. "The Earth Anthem," written by him in eight languages, has won appreciation and is being considered by UNESCO to be made into a global initiative. "The SAARC Song," also written by K., has spurred the search for an official SAARC Anthem. His forthcoming books are The Seduction Of Delhi and The Eight-Eyed Lord Of Kathmandu (Bloomsbury).