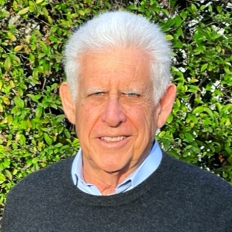 Alan M Schwartz is one of Southern California’s most versatile leaders. In addition to his various business interests, Alan has a long record of active engagement in the arts, education, civic affairs, politics, and involvement in Jewish affairs and the State of Israel.

In the business world, Alan heads Asset Management Solutions, a company that manages and develops real estate and oversees a diversiﬁed and varied portfolio of stocks, bonds, and other investments. The company has entered its second century, having been founded in 1919 by Alan’s grandfather Sam Levy, a pioneer in the South Bay and a noted philanthropist.

Alan had a 25-year career in the entertainment industry with a particular emphasis in negotiating International Television Licensing Agreements. He travelled the globe and made deals with broadcasting, cable, and satellite companies in scores of countries. He was also a Talent Agent at two fabled talent agencies, William Morris and ICM. Alan has also appeared in front of the camera hosting a Public Affairs Program for Time Warner Cable and as a broadcaster for the New Zealand Broadcasting Company.

Along with his business career, Alan is deeply committed to civic affairs and is actively involved in organizations and causes that contribute to the cultural and economic well-being of society.

Alan had the distinction of serving four years as President of Royce Center Circle, the support organization of the Center for the Art of Performance at UCLA, one of the nation’s premiere contemporary performing arts presenters. He was a member of the Advisory Board of the UCLA School of Arts and Architecture. A champion of arts education in schools, Alan served as a Trustee of the California Summer School of the Arts, a position appointed by the Governor of California.

Since running for a Congressional seat in 1998, Alan has stayed involved in state, national and international politics. Defense and international relations have also been a focus. He was a Member of the Wilson Council of the Woodrow Wilson Center for Scholars in Washington, D.C. He participated in the Department of Defense Joint Civilian Orientation Conference and is a Member of the Defense Orientation Conference Association.

Long active in the Jewish community, Alan serves on the Board of Governors of Tel Aviv University. He has been a member of the International Board of Trustees of the Moshe Dayan Institute of Middle Eastern and African studies. In the past, he has served on the Executive Board of AIPAC. Members of Congress have consulted with him over the years on his views of issues in the Middle East.

Alan grew up in Torrance, where he has always kept an oﬃce, and where he has made a large impact in LA’s South Bay community throughout the years. Alan served as President of the South Bay Association of Chambers of Commerce, which represents over 10,000 businesses, and was honored as the Torrance Chamber of Commerce 60th Anniversary Businessman of the Year. He spearheaded the successful effort to retain the Los Angeles Air Force Base during the post-Cold War base closures of the 1990s along with House Member Jane Harman. So successful was that effort that the Base never made it to the closure list at all. He served as a Trustee of Providence Little Company of Mary Hospital, where decades earlier his grandfather was Chair of the fundraising effort to build the hospital, and Alan was also a member of the Harbor-UCLA Community Advisory Board of the Los Angeles Biomedical Research Institute. Other past civic involvements include The Los Angeles Economic Development Corporation, The Los Angeles/Long Beach World Trade Association, The Volunteer Center Board, the Salvation Army Board, and a number of public/private outreach programs to beneﬁt underserved communities in the Greater Los Angeles Area.