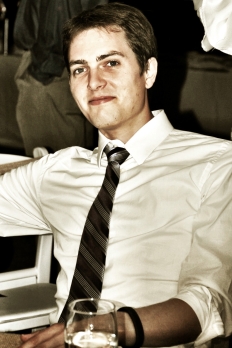 Alex grew up the son of a US Army officer and spent much of his childhood moving around Europe. He graduated from the University of California - San Diego in 2008 with a B.A. in International Studies, with a concentration in Political Science and African Studies. He has since interned at TransAfrica Forum in Washington DC, the Africa Division at Human Rights Watch, and the USC Center on Public Diplomacy as a Contributing Researcher for PDiN.

Alex is a third-year Masters in Public Diplomacy student at USC pursuing studies that seek to further his understanding of the impact new digital technology has in the areas of communication, democracy, and diplomacy within the confines of Sub-Saharan Africa. Alex currently serves as the contributing researcher for CPD Research Fellow 2012-14, Amelia Arsenault's project, Building Linkages Online: An Assessment of U.S. Public Diplomacy 2.0 Efforts in South Africa.

In his spare time, Alex takes in as many football matches as he can, but especially of his beloved Arsenal FC.

June 12, 2012 - PDiN Contributer Alex Laverty speaks with the Atlanta Blackstar about the challenges to broadband, cloud, and telecommunication access in Africa