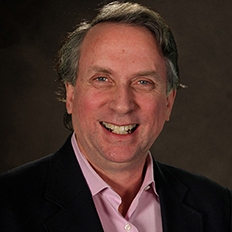 Andrew F. Cooper is Professor at the Balsillie School of International Affairs and the Department of Political Science, and Director of The Centre for the Study on Rapid Global Change, University of Waterloo, Canada. His specific areas of expertise are global governance; the proliferation of regional institutionalism; conventional and unconventional diplomacy; summit forums including the G20 and the BRICS; as well as the reshaping of the international hierarchy. This specialized focus allows him to write in a substance fashion on a variety issues of global salience—with a particular interest where diplomacy intersects with global governance. He has also gained expertise and a reputation for commenting on the unconventional side of global politics.

March 26, 2009 -- Quoted in Politico piece on The evolution of celebrity diplomacy.

March 13, 2009 -- Interviewed on Al Jazeera English about celebrities and their popular support for Buddhism and the Tibet Cause.

August 15, 2009 -- Canada's Exchange Morning Post reports that Andrew F. Cooper will join CPD in January 2009 to research the significance of individuals and foundations in diplomacy.