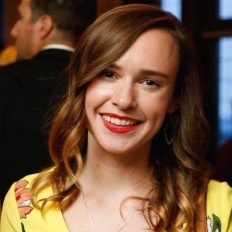 Anna Boisseau is a communications officer at Cultural Vistas, where she crafts stories that tell the impact of international exchange programs. Her work includes managing communications strategy on behalf of the Young Southeast Asian Leaders Initiative (YSEALI) Seeds for the Future program, a U.S. Department of State small grants initiative for young innovators in Southeast Asia.

Outside of Cultural Vistas, Anna volunteer-produces short documentaries for Stone Soup Films to help promote other nonprofits in the Washington, D.C. area. She received an M.S. in journalism from Northwestern University and a B.A. in Spanish and political science from the University of Missouri. Her master’s thesis short documentary was nominated for a NATAS Student Achievement Award from the Television Academy, producers of the Chicago/Midwest Emmy® Awards.