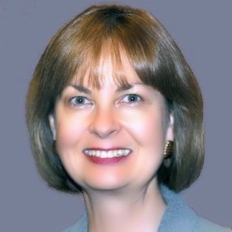 Anne was honored with the Secretary of State’s Career Achievement Award, “in recognition of her distinguished diplomatic service to the U.S. Government in Moscow, Berlin, Belgrade, Rome, Madrid, Sofia, Bonn and Washington and with appreciation for her outstanding efforts in promoting U.S. national interests.”

In 2007-2008, she was designated by the Director General of the Foreign Service to serve as Diplomat in Residence in the University of Southern California’s first-of-its-kind Master’s in Public Diplomacy degree program.

She was also the first U.S. diplomat to serve as visiting professor at the prestigious Moscow State Institute for International Affairs (MGIMO).

Anne is on the Board of Directors of the International Women’s Forum (IWF) Northern California, one of 62 affiliated Forums in 29 countries that together advance women’s leadership by connecting the world’s most preeminent women  of significant and diverse achievement.  Anne has lectured and conducted workshops on public diplomacy, international affairs and strategic communications throughout Europe and in the U.S.  She served on the Organization for Security and Cooperation in Europe (OSCE) Observer Mission for the presidential elections in Ukraine in May 2014.

Anne’s foreign languages include Italian, Ukrainian, Russian, Croatian, Serbian, German and Spanish. She received a B.A. degree with honors in History and Russian Language and Literature from the University of Michigan and has participated in executive leadership seminars conducted by Harvard’s John F. Kennedy School of Government.