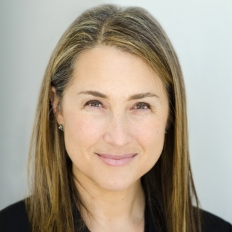 Anne Terman Wedner is currently a Fellow at the Distinguished Careers Institute at Stanford University. She has been a leader in developing grassroots political movements and continues to partner with organizations working toward a more just and inclusive society. She recently left her role as the Donor Engagement Director for Mi Vecino Florida. Before moving to Florida in 2019, Anne was elected to serve as a Trustee in the Village of Winnetka, Illinois. Since 2011, Anne has also served as a Commissioner on the US Advisory Commission on Public Diplomacy.

Previous to her political involvement, Anne developed strategic marketing and communications programs in the advertising and the financial services industries.  In her early career, Anne Served in the foreign service and held posts in France and Venezuela.

Anne continues to invest in organizations working to support democracy and democratic ideas. She is a Board Member at the Truman National Security Project in Washington, DC and a “Cabinet Member” at the Roosevelt Foundation at Harvard’s Adams House.  Until recently, Anne was also a board member at Freedom House and at the University of Chicago Project on Security and Threat. Anne holds a Master of Arts in Law and Diplomacy from the Fletcher School of Law and Diplomacy and a B.A. from Harvard where she majored in the History and Literature of France.

Anne is married to Marcus Wedner, and they have two daughters.  She speaks Spanish and French and has knowledge of German and Portuguese.