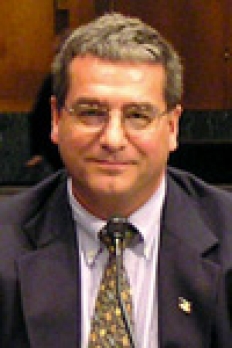 Anthony Pratkanis is currently Professor of Psychology at the University of California, Santa Cruz where he studies social psychology, social influence, and prejudice reduction. He was recently awarded UCSC’s coveted Excellence in Teaching Award for his courses on Social Influence and Social Psychology.

A frequent contributor to scientific journals and the popular press on the topics of persuasion and influence, he is a co-editor of Attitude Structure and Function, Social Psychology, and The Science of Social Influence. His research program has investigated such topics as the delayed effects of persuasion, attitudes and memory, groupthink, subliminal persuasion, mass communications, source credibility, persuasion and democracy, and a variety of influence tactics such as the phantoms, the projection tactic, and altercasting. In 1995, he was elected a fellow of the American Psychological Association. He is the co-author (with Elliot Aronson) of Age of Propaganda: The Everyday Use and Abuse of Persuasion and (with Doug Shadel) of Weapons of Fraud: A Source Book for Fraud Fighters. He is also the founding editor of the scientific journal, Social Influence, and editor of a recent volume entitled, The Science of Social Influence.