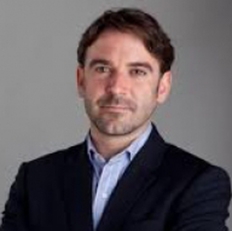 While on sabbatical from the Faculty of Law and Political Science of the University of Québec (UQAM, in Montreal, Canada) in 2011, where he is a professor of international law, Bernard Duhaime was the Canada - US Fulbright Visiting Chair in Public Diplomacy at the University of Southern California (Los Angeles, United States) and a Visiting Fellow at Harvard Law School’s Human Rights Program (Cambridge, United States).

Duhaime has produced several publications in his area of expertise, contributing to Human Rights Regimes in the Americas (United Nations University Press, 2010), L’exceptionnalisme interaméricain des droits de l’homme (Pedonne, 2009), Governing the Americas: Regional Institutions at the Crossroads (Lynne Rienner Publishers, 2007) and to the yearly review of the case law of the Inter-American Human Rights System in the Quebec Journal of International Law, amongst others.

Duhaime is a member of several research centers, including of the Center for the Study of International Law and Globalization (UQAM), the Observatory of the Americas (UQAM) and of the Center for Inter-American Studies (Laval University). He is the former director and founder of UQAM’s International Clinic for the Defense of Human Rights. Before joining UQAM’s Law Faculty, Duhaime was staff attorney at the Secretariat of the Inter-American Commission on Human Rights of the Organization of American States. He is a member of the Quebec Bar in Canada.