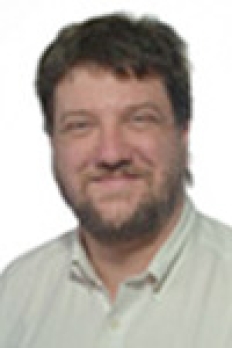 Douglas Thomas is Associate Professor in the Annenberg School for Communication at the University of Southern California. He received his Ph.D. from the University of Minnesota in Communication in 1992 and specializes in Critical Theory and Cultural Studies of Technology. He is author of Reading Nietzsche Rhetorically (Guilford Press, 1998), an examination of the role of representation in the philosophy of Friedrich Nietzsche and Hacker Culture (University of Minnesota Press, 2002), a study of the cultural, social, and political dimensions of computer hacking. Currently, he is working on Technology and New Media: An Introduction (New York University Press), a survey of recent approaches to technology and new media and their impacts of society and Viral Style: Information, Subculture, and the Politics of Infection, a book which examines the underground production of computer viruses as well as cultural representations of and responses to them. He is co-editor of Cybercrime: Law Enforcement, Security and Surveillance in the Information Age (with Brian D. Loader, Routledge, 2000) and Technological Visions: The Hopes and Fears That Shape New Technologies (with Marita Sturken and Sandra Ball-Rokeach, Temple University Press, 2004). He has written extensively for The Online Journalism Review and for Wired News covering issues of hackers, online culture, privacy and security. An expert on cyberculture, his commentary has appeared in the New York Times, the Los Angeles Times, New Scientist, and The Chronicle of Higher Education, as well as on local and national radio programs, Los Angeles news programs, and CNN.

He is director of the Thinking Through Technology project, which examines the redefinition of entertainment in the digital age, the relationship between technology and learning, and the user cultures surrounding emergent new media and technologies. He is also co-investigator (with Sandra Ball-Rokeach, PI, and Marita Sturken) on the Metamorphosis Project, a $700,000, three year study that examines the impact of technology on Los Angeles and studies the historical and predictive implications of dystopian and utopian narratives about technology.