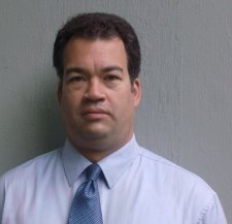 Potter came to USC from the Department of Communication at the University of Ottawa. He was a visiting professor at the USC Center on Public Diplomacy, where he served as the Canadian Fulbright Visiting Research Chair in Public Diplomacy for 2008.

Potter is author of the book Transatlantic Partners: Canadian Approaches to the European Union (1999) and editor of several books including Cyberdiplomacy: Foreign Policy in the 21st Century (2002). He has just completed a book entitled Branding Canada: Projecting Canada's Soft Power Through Public Diplomacy. With the support of a research award from the Social Science and Humanities Research Council of Canada, Potter examined the use of culture and higher education as instruments of public diplomacy in Canada's Circumpolar relations with the United States, Russia, and the Nordic nations.